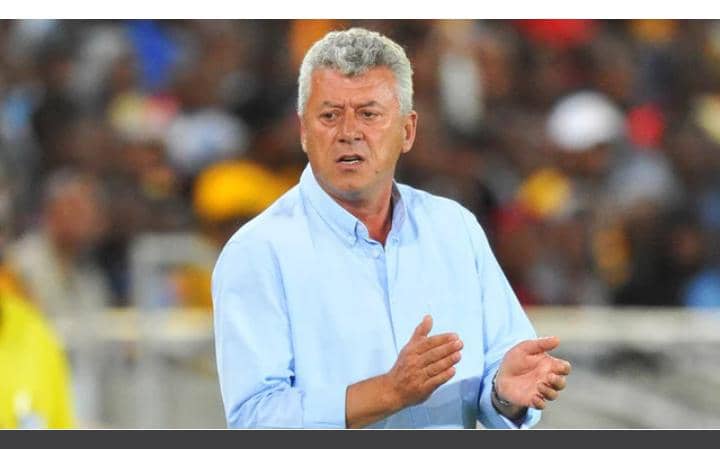 Board Chairman of Accra Hearts of Oak Togbe Afede has made a revelation about the circumstances that led to the resignation of their Ex-Coach Kosta Papic, and how the board persuaded him in many ways to stay, but insisted on leaving because he was sabotaged by players.

Kosta Papic was engaged to guide Hearts to end the trophy drought. He started in a style by thrashing Bechem United by 6 goals to 1 that received applause from many.

In the course of the season, things began to fall apart as Hearts were struggling to win a match.

To add salt to the injury, the South African Tactician resigned from his position as the Head Coach of the team, and made some serious allegations.

Well, Hearts moved on and engaged the services of local coach Samuel Boadu and his backroom staff in February 2021. He turns things around and won the league and the FA Cup for the club.

The Board Chairman Togbe Afede has finally broken silence on the issues of Kosta Papic.

He said when he came before the board with his resignation letter, they try to persuade him to rescind his decision, but he insisted on leaving because of sabotage from players.

“When Kosta Papic came before the board with his resignation letter, we persuaded him to stay, but he refused because, he said the players were sabotaging him” he says.

Meanwhile, he said they never gave Samuel Boadu any target because as energetic as he is, he will love to win and make name for himself. Low and behold, he has delivered.

In this article:- Togbe Afede,Kosta Papic,made up his mind,to exit despite our efforts to keep him