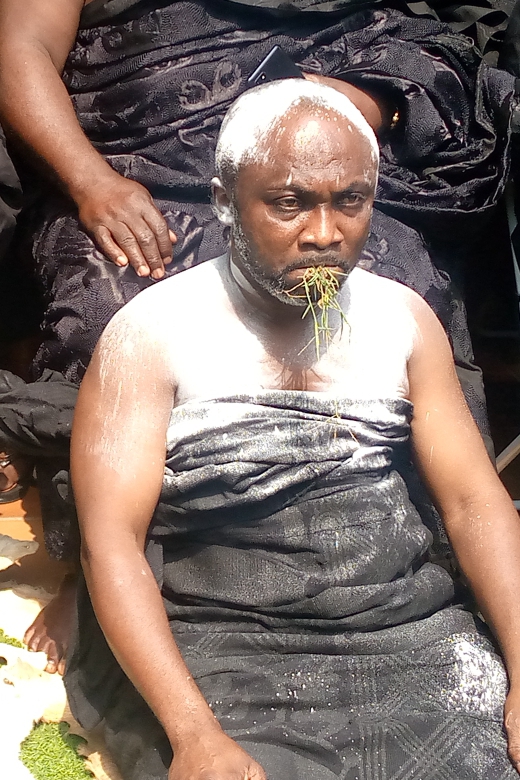 Private Legal Practitioner and Law lecturer at the Ghana School of Law Lawyer Nana Yaw Oppong has been installed Mawerehene in Kyebi with stool name Omansumfo Barima Oppong Okodei (I).

He was one of the Lawyers who represented President Nana Addo Dankwa Akufo-Addo in court during the 2020 presidential petition filed by the Opposition Leader John Dramani Mahama of the NDC.

At the installment ceremony in Kyebi held on Saturday and Sunday in Kyebi, Omansumfo Barima Oppong okodie (I) pledged his outmost allegiance to the Okyehene and the people of the Abuakwa Traditional Area.

He has also promised to leave and abide by the dictate of the Okyehene Amoatia Ofori Panin.

The Okyehene on his part admonished him to at all time’s obey authorities and submit himself to them.

He said for this particular reason of diligence and goodwill that’s why he’s been given such a title in the Abuakwa Traditional Area.