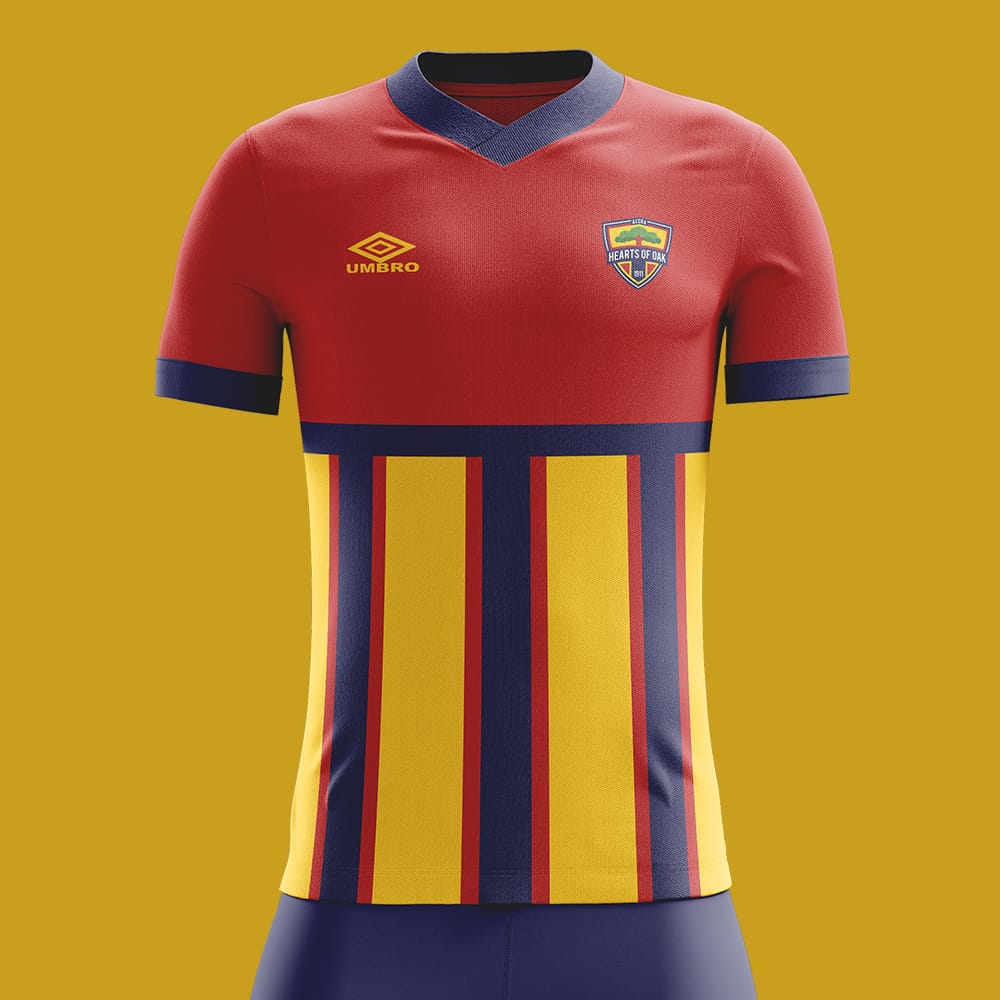 Premier League Champions, Accra Hearts Of Oak, new home Jersey set to be released by Umbro, their kit sponsors has been leaked on the internet.

The home kit of Hearts dominated radio and television discussions last season. The blue, yellow, red and little bit of white which was beautifully designed got ranked as one of the nicest Jersey in the world. Reputable marketing firms SportsDirect, sportscar, and footy.com ranked the Heart kit 32 best in the world and best in Africa.

Umbro has blown the minds of many people with another beautifully designed kits for the Phobians next season. It has dominant red which moves from the neck and ends beneath the chest, with yellow, blue-black lines and blue black shorts.

The colours are likely to dominate mainstream and social media discussions when it’s finally released.