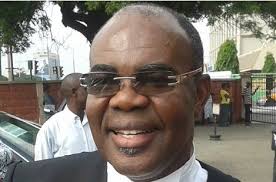 Ghana’s former High Commissioner to Canada, Attorney General and Minister of Justice Joseph Nii Ayikoi Otoo has proposed that the book runnners of Ghana’s legal education take urgent reforms to permit experienced lawyers to teach the professional law course to law graduates at accredited institutions upon which they all take single Bar exam and those who pass be called to the Bar to practice law in the country.

There have been calls for reforms in legal education after so many law graduates were denied admission into the Ghana School of Law (GSL) over the years for lack of space.

This year, for example, initial results released by the GSL on Tuesday, 28 September 2021, suggested that 790 out of a total of 2,824 candidates, met the entry requirement.

But, after pressure from the public, the General Legal Council further released results indicating 1,289 candidates met the minimum pass requirement of 50% which is the known pass standard for all previous entrance exams conducted.

The GLC, however, further released a notice to indicate a new standard of a pass of 50% in each of the two sections A and B in the exam denoting reasons the 499 were not admitted.

After several petitions and pressure, the GLC has agreed to admit the 499 law students who were denied entry this year.

Contributing to the debate on the difficulty in becoming a lawyer in the Ghana in an interview monitored by African Editors on Tuesday, 23 November 2021 in Accra,
the former Attorney General and Minister of Justice Joseph Ayikoi Otoo proposed that there should be one final bar exam for all law students.

He said: “Why don’t you rely on experienced lawyers to teach the professional law course at the institutions where they did their LLB or first degree and at the end, they’ll all go and sit for one law exam- Bar finals. That is what happens in the UK…they can go wherever but all of you come and write one bar finals; if you pass, you pass and be called to the bar to practice law

It is important to anchor the point that the 499 students apart from demontration over the refusal to admit them, sued the Attorney General, General Legal Council and Director of Ghana School of Law led by their counsel Martin Kpebu.

Parliament of Ghana earlier passed resolution, asking the Attorney General and General Legal Council to admit the 499 law students but hits a deadlock after the AG insists parliament has no power to direct him and GLC to offer admission. This resulted in the censure processes to remove the AG, triggered by some Minority MPs.

The latest suggestion by Lawyer Ayikoi Otoo to settle the matter, has also been backed by former Deputy Attorney General and Minister of Justice Joseph Dindiok Kpemka who argued that law faculties with adequate facilities should be accredited to train LLB holders upon completion.