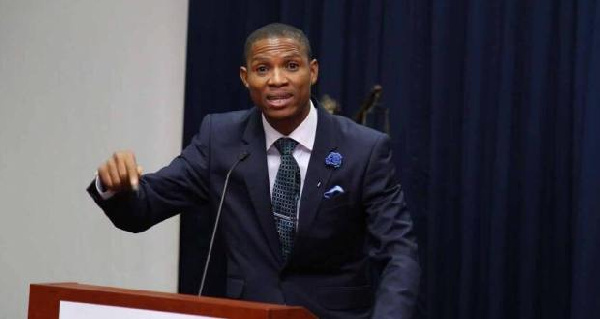 Member of Parliament of Madina Constituency Lawyer Xavier Sosu is making a strong case that a private member bill be immediately introduced into parliament for passage into law that criminalises unexplainable wealth.

The latest call by the Human Rights LawyKer Sosu follows the anti-graft and avowed agreement of the Special Prosecutor Nominee Lawyer Kissi Agyebeng that unreasonably unexplained wealth should be criminalised to fight against corruption.

According to the Ranking Member on Constitutional and Parliamentary Affairs Committee Lawyer Sosu, the current legal regime does not criminalise unreasonably unexplained wealth and the only to do so is to amend the law to give a clear direction with punishment prescribed in the law.

Speaking in an interview monitored by African Editors on Thursday 22 July 2021 in Accra, the Madina Lawmaker Sosu said “Fighting corruption is like chasing the wind. For me, the first step is to amend the law to criminalise unexplained wealth otherwise, we are chasing the wind”.

Special Prosecutor Kissi Agyebeng has affirmed that individuals who cannot reasonably and lawfully explain the sources of their wealth must be made to face the law based hardcore evidence.

Appearing before the Appointment Committee of Parliament on Thursday 22 July 2021in Accra, the Criminal Law Expert Kissi Agyebeng noted that “Corruptions is secretive and so, if I place a burden on you to reasonably explain the lawful sources of your wealth and you are unable to do so, then I have a duty to question you.

He noted that “I will be looking at the lawful sources of that income of persons and if the sources of the persons’ wealth is questionable and not lawful, you should be questioned and penalised in line with law.

“The law court is the laboratory the law …so I lecture the law and practise the law. I will investigate, prosecute and confiscate state wrongly at the hands of individuals“.