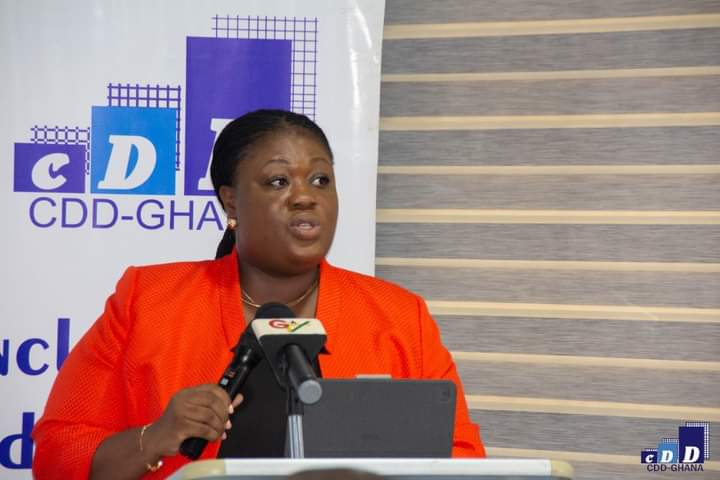 She said the execution of co-International agreements, payments of huge judgement debts and the recurrence of the phenomenon by governments is no doubt a threat to national development.

She was speaking at a Round-table discussion organized by Center for Democratic Development (CDD-Ghana) on Public International Agreements and Judgment debts in Accra.

According to the Dep. Minister, her outfit would continue to emphasized on an infliching commitment to advance the most effective and defectual solutions to ensure judgement debts payable by the state remains at the barest minimum.

“Several millions of dollars or cedis are paid or to be paid from state coffers to individuals or other states as a results of contractual agreement breaches and untimely abrogation of contracts”, she said.

Miss Dapaah further touched on governance and political leadership driven by self-interest, political blame-game among others are some of the areas that cause the judgement debts for the country.

Though she claimed the Attorney General office has competent and confident Attorneys to review all documents pertaining to agreements before signatories are appended by both parties and approved by Parliament, most times the AG office is not involved in the negotiations and discussions leading to the execution of the agreement.

” the opinion of the office is not sort prior to the execution of agreements, they are executed irrespective of reservations raised by the AG office”, she noted.

She added that the AG office does not exist as a state machinery with a magical hands to wipe away contractual breaches and judgement debts after they occured.

” defending the public purse in a situation when there’s little information or support coming from the institution or ministry involved which also poses a challenge to the AG”, she added.

The Information Minister, Kojo Oppong Nkrumah also called for more support for Parliamentary Select Committee to use their expertise and advisers to examine agreements or deals as the committee can only give a bureaucratic support towards achieving the purpose of the agreement.

He again pleaded with analysts, CSOs, Academia among others to do deeper dialogue on International Agreements and Public debts that, he thinks, would inure to the benefit of the country.

The panellists also gave some suggestions and recommendations on how such contracts and agreements should be handled by government officials and the appropriate quarters before finally executed and approved by Parliament.