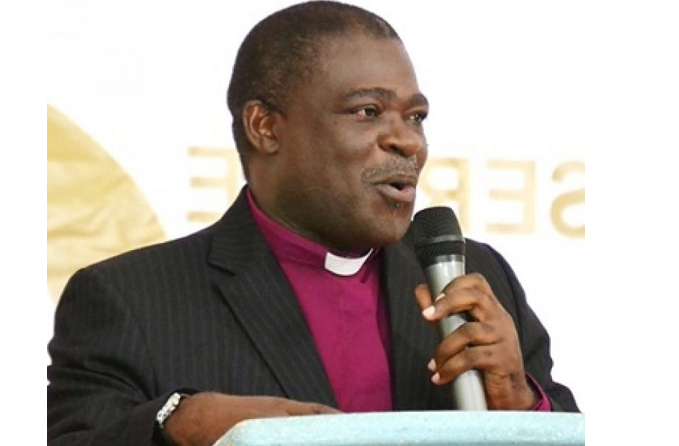 Former General Secretary of Christian Council of Ghana Rev. Dr. Kwabena Opuni-Frimpong is making a strong case that LGBTQ+ should not be part of the national and cultural identity of the Ghanaian society.

His comment comes at the time an Anti-LGBTQ Bill in parliament has sparked controversy with lesbians and gay advocates arguing that the bill has the tendency of stifling freedom of speech and criminalising people’s unilateral choices.

Veteran Sports Journalist and a Lecturer at Ghana Law School Lawyer Moses Foh Amoaning together with the Christian community in Ghana have been on the forefront of pushing for a specific law to criminalise activities and advocacy on homosexuality compelling seven Mod to introduce the private member bill.

Speaking in an interview monitored by African Editors on Monday 26 July 2021 in Accra, former General Secretary of Christian Council of Ghana Rev. Dr. Kwabena Opuni-Frimpong said “LGBTQ+ shouldn’t be part of our national and cultural identity”.

He noted that “I pray that Ghanaians will rally behind this journey to pass a law that criminalises homosexuality devoid of partisanship. We must win this fight not for today but for those who will come after us”.

“Family values must be protected, and so far, President Akufo-Addo and his Vice Dr. Bawumia have not given me any impression to believe that they will in future distance themselves from the fight against homosexuality including the Anti-LGBTQ+ Bill currently before parliament because, that for me will be a big disappointment”.

It has emerged in Ghana that an Anti-LGBTQ+ Bill to criminalise activities currently before parliament is receiving anger from lesbians and gay advocates who are of the view that some clauses in the bill are roadblocks to freedom of speech and expression.

Among them are Actress Sister Derby who has already clashed with Ningo Prampram MP Samuel George over the matter on Twitter, former Broadcast Journalist of Metro TV Ignatius Annor, CICLASS Fellow Dr. Edwin Coleman, Former Executive Director of Amnesty International Ghana Robert Amoafo Akoto and some celebrities who are leading advocacy for homosexuality.

CICLASS Fellow at UJ Dr. Edwin Coleman noted that the “Anti-LGBTQ+ Bill if passed into law, will be stifling freedom of speech and criminalising individual choices”.

But in a sharp reaction, Former Member of Parliament for Adentan Constituency Lawyer Adu Asare expressed shock over the criticism against the bill and insists accepting homosexuality in Ghana will amount to approval of absurdity in character where people will be at liberty to demand the rights to unacceptable feelings, desires and practices.

Lawyer Adu Asare quizzes that “Should we allow people who want to sleep with animals too? Let’s stand strong against this. We can’t accept gayism because it’s from the western world. That’s their own case”.

“Majority of our people are against LGBTQ+. If the Criminal Code is against unnatural carnal knowledge, we can’t accept it”, he said.

Research Fellow at CICLASS, UJ Dr. Edwin Coleman is insisting that Anti-LGBTQ+ Bill is the most ridiculous, perverse and has little on basis in law because the bill puts roadblocks in the path of freedom of speech and expression.