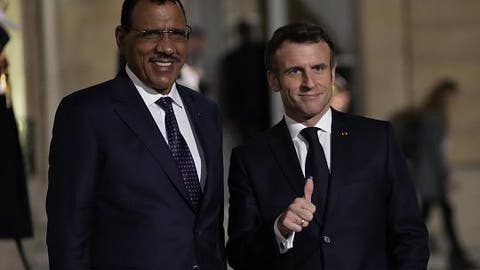 Ahead of the AU-EU Summit, he hosted at the Elysée Palace African counterparts such as Senegalese President Macky Sall or Ghanaian Nana Akufo-Addo.

On the agenda for the evening, the future of military operations in the Sahel region. Therefore, key allies of Paris namely, Chadian, Mauritanian and Nigerian leaders made the trip.

European Leaders of countries involved in counter-terrorism operations in the region were also present. Officials from Mali and Burkina Faso, were not invited.

The working dinner at the French Presidential Palace aimed at discussing the terms of a redeployment of troops dedicated to fighting islamist insurgents. In the wide Sahel region that stretches over 5,000 km terrorists have taken over entire bands of territories. National troops alongside European troops in the Barkhane operation and the Takuba task force have been fighting them for more than 5 years.

Souring relations between Malian authorities and foreign powers have however triggered the need for a strategic change.

A press conference will be held on Thursday to announce the changes the leaders have agreed on.

For the past few weeks, Africa has been at the center of European preoccupations. The EU has been wooing its counterparts of the African Union to redefine the African-European partnership. On her trip to Dakar, EU Chief Ursula Von Der Leyen unveiled a one hundred seventy one billion dollar investment plan for Africa.

On Thursday and Friday, the 6th AU-EU summit will gather over 70 leaders.