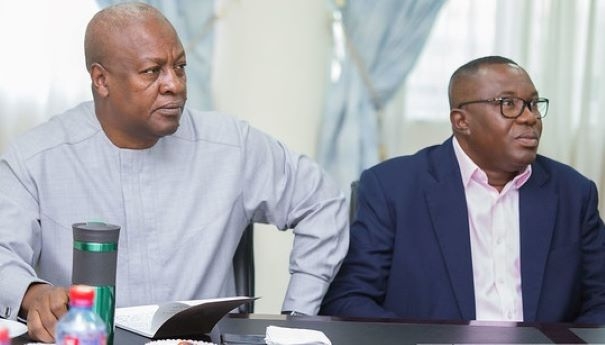 The NDC in a statement said the tone and substance of the baseless accusation shows that Mr Owusu Bempah had the support of the government “to spew this wicked, malicious and contemptuous accusation in order to reduce the heat the government has drawn to itself as a result of its manhandling of national security challenges and the apparent loss of a firm grip on governance”.

The statement noted that Mr Mahama and Mr Ofosu-Ampofo do not have any hand whatsoever in the happenings in the Western Region, nor are they linked in any way to any of the characters in that alleged kidnapping saga.

The party has, thus, called on its supporters and the public to treat the claim by Mr Owusu Bempah with utter contempt as there is no merit in same.

The party further called on its supporters to constantly hold the Akufo-Addo government to account and to remind the government to honour its sacred duty of securing the lives and properties of Ghanaians.

A 28-year-old woman, Josephine Panyin Mensah according to police report faked her nine-months pregnancy and kidnapping to save her marriage.

Before she confessed, Mr Bempah at a press conference accused Mr Mahama and the NDC national Chairman of being behind her kidnapping.

Ms Mensah, now a suspect appeared in court for the first time on Monday, 27 September 2021 but pleaded not guilty.

She is facing two charges of deceiving a public officer and publication of false news with intent to cause fear and panic.

She was admitted to a bail bond of GHS 50,000 with two sureties.