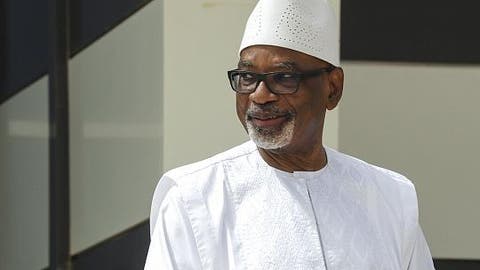 African Editors’ sources have confirmed that the Former Malian Leader Ibrahim Boubacar Keita, who led Mali between 2013 and 2020, died Sunday 16 January at his home in Bamako.

“President IBK (Ibrahim Boubacar Keita) died this morning at 9am (GMT and local) at his home in Bamako,” a family member said.

This information was confirmed by several family members. Ibrahim Boubacar Keita, elected President of Mali in September 2013, was overthrown by the military in August 2020.

The cause of death was not specified.

Mali, already plunged into a serious security and political crisis since the outbreak of independence and jihadist insurgencies in 2012, has also been facing several sanctions from ECOWAS for a week.

An unsuccessful candidate in the 2002 presidential election, he took his revenge by acceding to the Koulouba Palace, the seat of the Malian presidency in Bamako, in 2013.

He was re-elected in 2018 against Soumaïla Cissé, then leader of the opposition, who died in December 2020 of Covid-19.

The coup that toppled him in August 2020 was followed by a second one in May 2021. The junta led by Colonel Assimi Goïta has announced its intention to rule the country for several years, although it had previously committed to organising presidential and legislative elections on 27 February to allow the return of civilians to power.

It is important to anchor the point that Mali is currently facing heavy sanctions from the regional bloc, Economic Community of West African State including withdrawal of ECOWAS Ambassadors, closed borders with with embargo on trade.