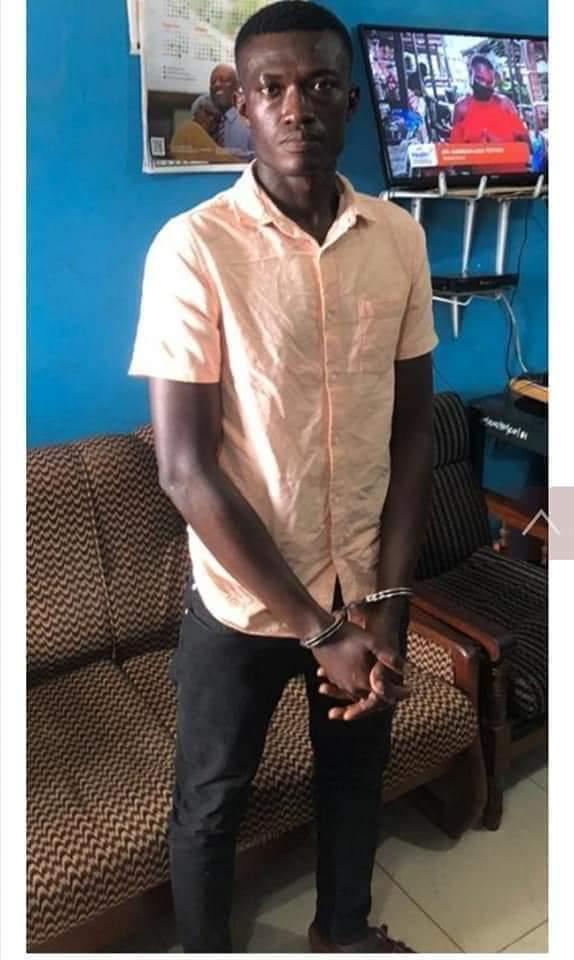 Well-known Footballer and Sports Commentator at Abesim within Sunyani Municipality of the Bono Region Richard Appiah with human parts stored in freezer is in the grips of the police command.

When they approached him, he denied knowledge of the boy which gave the parents enough grounds for suspicion because Tweneboa still insisted that the two were seen walking together in the afternoon. A tip-off led to his arrest.

Meanwhile, CID Director of Public Affairs DSP Alexander Obeng said Clinical Psychologists have been engaged to help the police who conducted the search of the suspect’s room leading to the discovery of human parts stored in fridge.