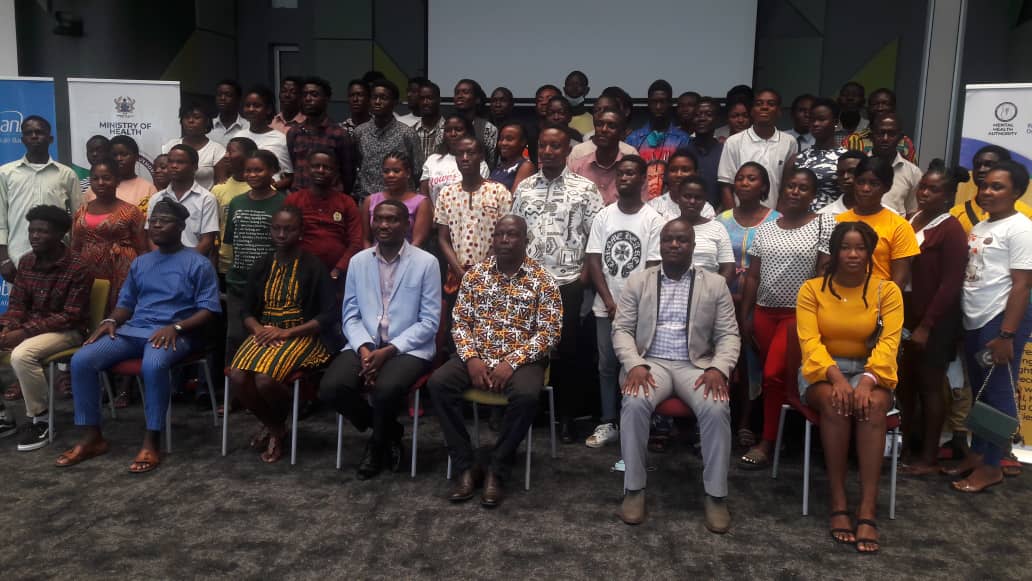 As part of the celebration of the World Mental Health Day and Week celebration, the Mental Health Authority (MHA) in collaboration with ECOBank-Ghana has taken the initiative to sensitize and educate the youth in various communities on warning signs that lead to depression and suicide among their peers.

The initiative gives participants the opportunity to learn and be abreast themselves with signs that can lead to depression and possible causes of suicide among the youth in their communities.

At the engagement, the Deputy Chief Executive, Dr. Caroline Amissah advised the youth the take the education provided by the authority serious because it can help them to handle or overcome issues like depression and suicidal thoughts one day in their life or as well, help them save a life.

The Acting Head of Heath Promotions at the MHA, Dr. Yaw Amankwa Arthur in educating the youth highlighted on several causes of depression which mostly leads to suicidal thoughts and attempts to commit suicide and possible ways to overcome such awful thoughts and behaviour.

He explained that, mostly people who commits suicide shows warning signs which are ignored by those close to them, thinking it’s normal but they end up committing the act because of lack of education and awareness creation on such issues.

According to him, the behaviour of such people (persons with suicidal thoughts) changes including their utterances which must be noticed by close friends or relatives but are rather ignored or not given the necessary attention and so, end up committing suicide.

He therefore advised the youth if they notice any changes among any of their peers which can be signs of depression, they should ask the person questions adding that, in so doing, you may find out what his or her problem is and help as well.

Dr. Arthur asked the youth to contact any professional in the field of Mental Health for help or assistance, if the need arises.

He continued that MHA embarked on such volunteering and educative programme in the communities as part of their social responsibilities to curb or minimize the rate of suicide among the youth during the celebration of World Mental Health Day and Week celebration in Ghana.

“The youth are inundated with lots of basic problems like suicide and depression which most of them are unaware or don’t have knowledge about it and so, MHA took the initiative to sensitize and educate to youth on such issues in various communities and churches in order to curb the rate of suicide attempts and thoughts”, he noted.

He urged the youth to be serious and learn from the programme, exercise alot and take good care of their mental health and as well educate their peers in their communities on the topic they were taught.

Meanwhile, this year’s World Mental Health Day celebration on the theme: Mental Health in an Unequal World” highlights on inequalities in mental health among other health conditions.

The Authority is also appealed to government, private and public sector organizations, donor organizations, multinational co-operations and other partners to come on board to invest in mental health services in order to curb the inequalities in the sector in Ghana.

“We are always been relegated whenever something is to be shared equally among government agencies, eventhough the pandemic has affected mental health adversely, the authority received little of the PPEs during sharing which means mental health issues is not a priority to government. Therefore we appealed to other agencies to come and support us by investing in the sector”, the authority said.