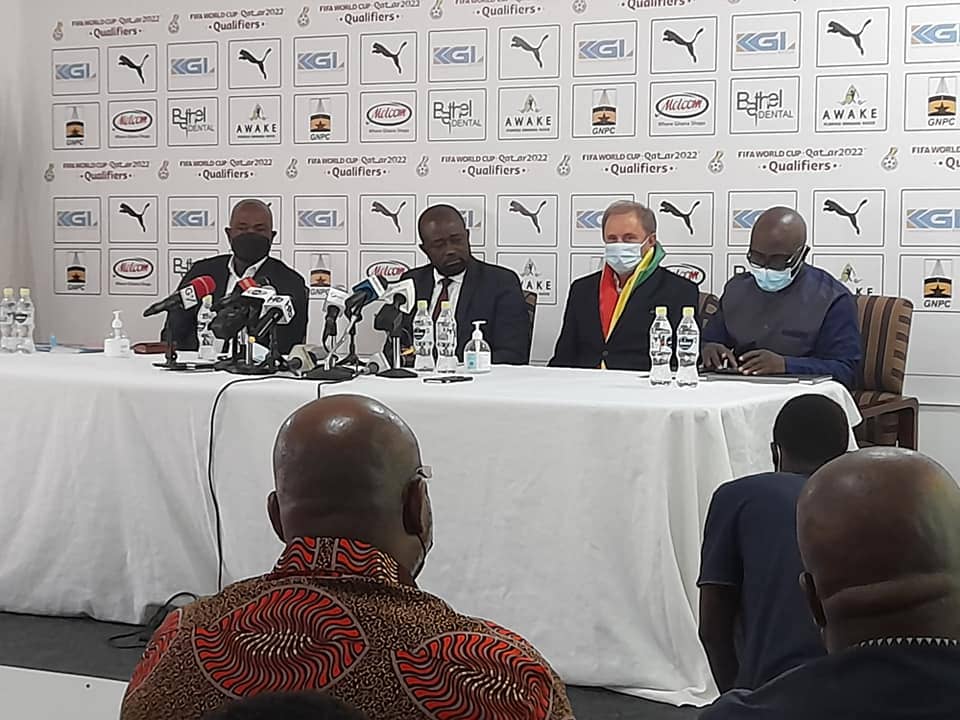 Milovan will pay his interpreter, not GFA-Kurt Okraku

The Ghana Football Association( GFA)has made it known that the new Black Stars Coach Milovan Rajavac interpreter will not be paid by the GFA but by himself.

Milovan has been unveiled as the new Black Stars coach on Friday at the GFA Secretariat on two years deal.

He has been tasked to win the African Cup of Nations(AFCON ) that takes place in Cameroon new year, and also to qualify for World in Qatar.

Milovan does not communicate in English language, hence the need for an interpreter to help him communicate with players and other officials.

In his first stint, the Nation paid him as well as his interpreter. But the situation is different on his second stint.

In unveiling the Coach, the GFA general secretary Prosper Harrison Addo clears the air on whether the Nation will pay his interpreter or not.

“I want to make very clear that, unlike the previous contract this time around the Coach will pay his interpreter”

Milo’s first tasked will be a World Cup qualifying against Zimbabwe in October.

Ghana is now three points tied with Ethiopia in Group G, while South Africa sits at the top with four points.