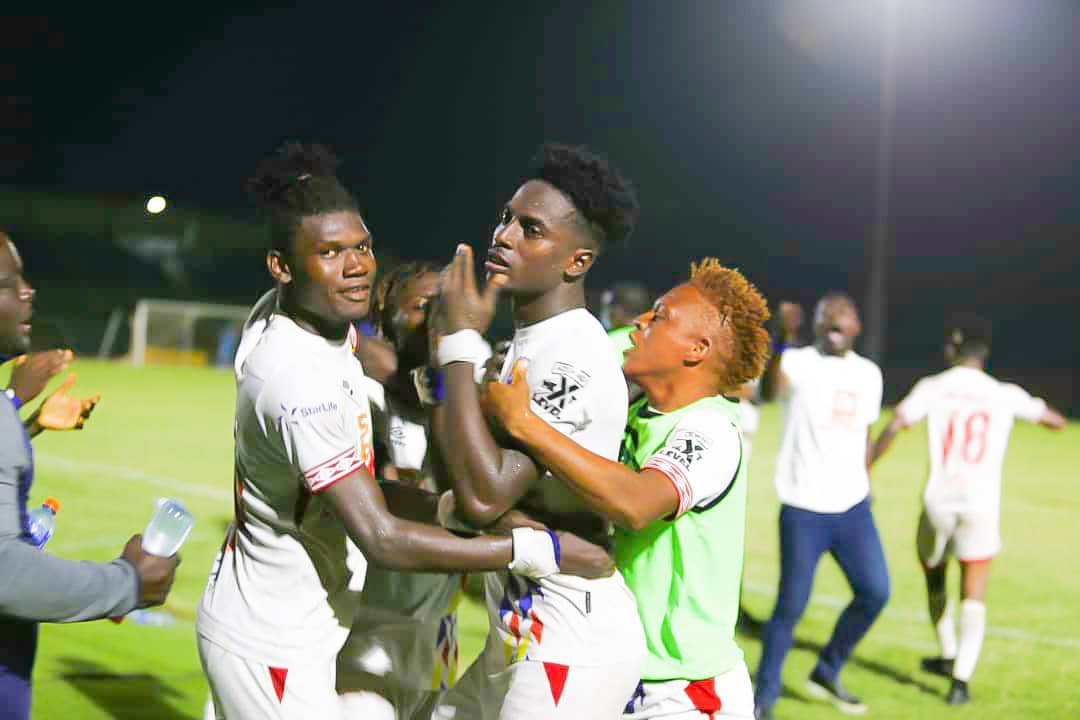 Premier League Champions, Accra Hearts of Oak are through to the semifinals of the MTN FA Cup after beating Elmina Sharks by a lone goal at Ndum Sports Complex on Saturday, with sumptuous freekick from ex Aduana Stars Player Caleb Amankwa.

It was a difficult match for both teams, which saw no goals in the ninety minutes. Extra thirty minutes were played, during the first half of the thirty minutes, Caleb Amankwa open the scoring for Hearts of oak through a sumptuous taken freekick.

Hearts is hoping to replicate what they did in the 2000s where they won the league, FA Cup and tops it with the champions league.

Hearts semifinals opponent will be the winner of the match between Medeama SC and Attram De Visser.

Meanwhile, Ashgold put matching fixing allegations behind them and disciplined lower division side Kintampo Top Talent by 4 goals to 2. They will also face the winner of Kotoko/ Berekum Chelsea game.