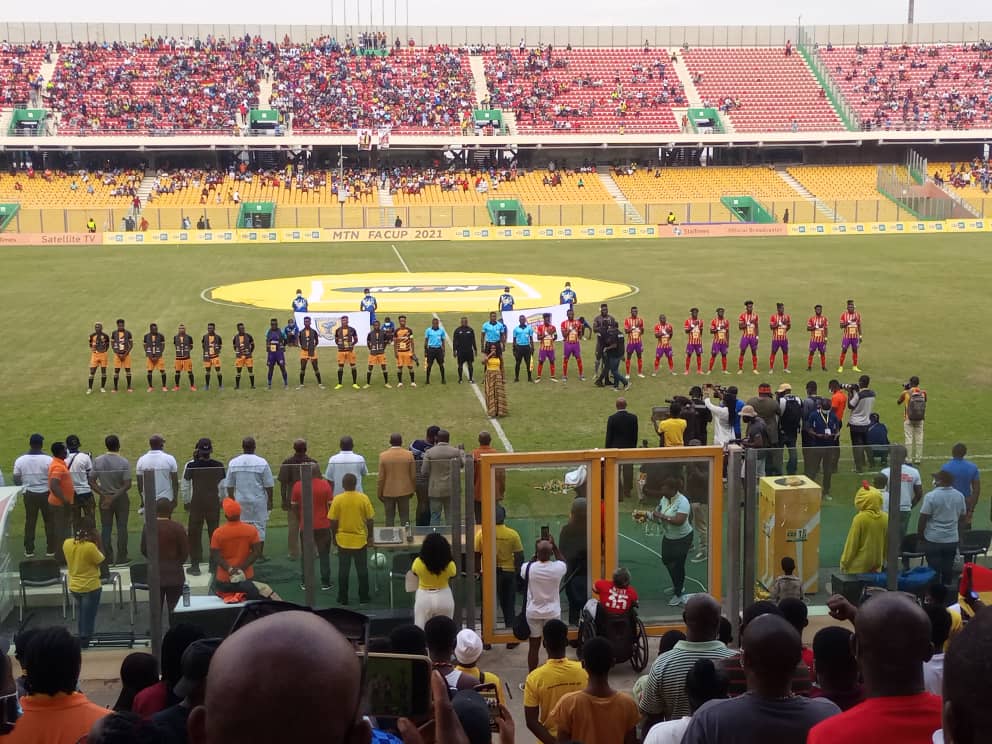 The first half of an eventful FA Cup final between Hearts of Oak and AshGold did not see any goal as both teams did not create clear cut goal opportunity.

Hearts started on a good note with Patrick Razak coming closing to scoring in the 1st minute of the game, but AshGold goalkeeper, Kofi Mensah was quicker than Razak on the incident. Many shouted for a penalty but the Referee Daniel Laryea gave corner instead.

AshGold initially set back to play Hearts on the break, but they later came into the game strongly, with exciting passes and caught eyes of the fans. The lines of Owusu Banahene Stephen, Ampen Dacosta Osei Addai we’re too strong for Hearts in the Midfield.

In the 15minutes in the game, Benjamin Efutu headed a ball against the post that got the fans shout for goal. It was physical match with most of the action in the midfield.

There was some last minute, incursion from both sides which did not create serious problems for both keepers.

After the 45+2 minutes, Daniel Laryea whistled for the end of the first half.
There will be detail report after the match.