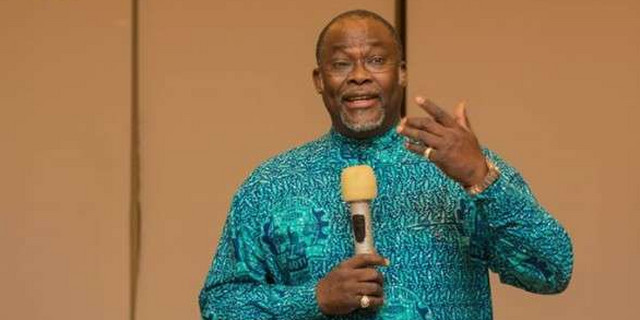 ‘My client is a global icon, nobody can injure his hard won reputation’- Spio-Garbrah’s Lawyer

The former Ghana’s Ambassador to US H.E Spio-Garbrah filed defamatory matter at the Kumasi High Court against Chairman Wontumi who alleged that the plaintiff in the matter is a thief on his live Wontumi TV during a show.

Briefing journalists after court proceedings characterised by long hours of cross- examination of Spio-Garbrah by defence lawyers, Spio-Garbrah’s Counsel Nii Kpakpo Samoa Addo insists his client (Spio-Garbrah) remains a global icon whose hard won reputation cannot be destroyed by someone who is simply interested in making wide allegations without justification.

“So far the process has been good. Dr. Spio-Garbrah has been in the dock, presenting his evidence, lawyers of Wontumi are cross-examining him, we’ve had morning session from 8: 30 to 10: 30, we’re coming back at 1 O’clock till about 4pm to continue the cross examination. We’re hopping that we’ll be able to finish today so that Wontumi will enter the witness boss to justify the defamatory comments he made about Spio-Garbrah”, Lawyer Kpakpo Samoa Addo noted.

In this article:'My client is a global icon,nobody can injure his hard won reputation'-,Spio-Garbrah's Lawyer