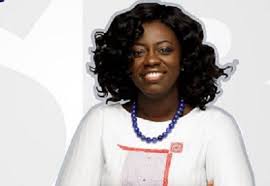 The NPP Member of Parliament for Ablakuma North, Sheila Bartels, says the government should have waited with the construction of the National Cathedral in Accra.

Speaking to Nana Aba Anamoah on Starr Chat Wednesday, the lawmaker indicated that considering the level of ambition that birthed great policies such as the Free Senior High School, the construction of the National Cathedral should come later.

“As a government you always have to look at the balance and I am totally for being ambitious. Because if you are not ambitious in your plans, ideas and what you seek to do as a government you will be mediocre. You will finish and you wouldn’t have achieve much.

“So it is good to have that idea that I want to achieve big things especially when it comes to my government on education for instance. I believe the concept of free SHS came about because of the engagement that was done. Knowing that the majority of the people who are especially in the rural areas and all of that can’t afford to take their children all the way to the University,” madam Bartels said.

She continued: “You have a lot of brilliant students all around the country who wouldn’t have probably gone to SHS if it wasn’t for this investment.”

She reiterated that though she agrees with people who are of the view that the investment in the FSHS was unnecessary, rural folks need it.