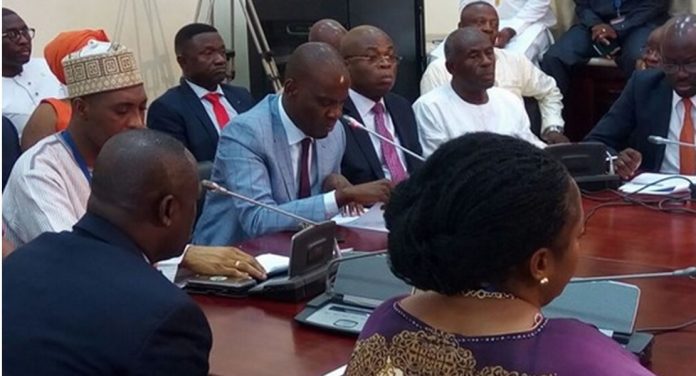 Opposition  MPs in Ghana’s Parliament are pushing a motion of censure against the Finance Minister, Ken Ofori-Atta in accordance with Article 82 of the 1992 constitution.

The motion has been signed by almost all the members of the Minority caucus, making it admissible on the floor of Parliament.

About 88 legislators of the National Democratic Congress (NDC) have signed for the censorship.

He noted that although most of the NDC MPs have signed the document, the party is divided on how the removal of Mr Ofori-Atta will benefit it in the 2024 election.

“They are concerned about the end-game. One group believes that if they should push for the Finance Minister to be removed and government appoints a new one and the person performs, of what benefit will that be to the NDC and their chances of winning the 2024 elections.

There are also those who are of the view that if the Finance Minister continues and runs down the economy of the country what impact it would have on the nation as a whole.

A section of Ghanaians called for the resignation of the Mr Ofori-Atta after it was revealed that President Akufo-Addo has directed him to engage the International Monetary Fund (IMF).

Prior to this directive, the Finance Minister had pledged that Ghana would never go to IMF should Parliament approve the Electronic Transfer Levy (E-levy).

As such, it was a big disappointment to many when the Information Ministry on July 1, revealed that the government has made a U-turn by engaging the Fund.

Subsequently, economists, policymakers and influential individuals including former President John Mahama have called for the Finance Minister to step aside.

However, Mr Ofori-Atta in response likened his resignation to a father abandoning his children.

He noted that although he earlier felt no need for Ghana to seek IMF support, the impact of the Covid-19 and the Russia-Ukraine war compelled the government to “change his mind” about an IMF bailout.

The adamant posture of the Finance Minister is what has fueled the Minority in Parliament to call for his head.

Meanwhile, the NDC’s General Secretary, Johnson Asiedu Nketia has thrown his support to the minority side to ask for the censor against the Finance Minister.

How the motion can be passed.

Throwing light on how the NDC MPs can succeed, African Editors can anchor the point that it will require the approval of two-thirds of Parliamentarians.

This, he noted will require the NDC MPs to engage the Majority in Parliament.

“NDC has 136 seats, which means, they have the numbers to file for the motion but they will need more numbers for the resolution to be passed. So they will need support from the Majority in Parliament.

African Editors’ sources have confirmed that information is that behind the scenes, some NPP MPs are supporting it, but whether they will officially back it, that is another issue.