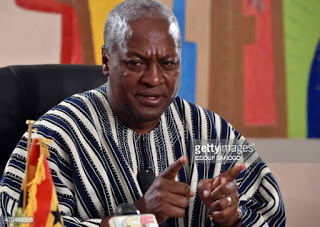 According to South Dayi Member of Parliament, the party will challenge the judgement at the Appeal Court and file additional process to arrest the enforcement of the Cape Coast Court order so that incumbent MP James G Quayson will legally hold himself as an MP pending determination of the appeal.

Meanwhile, Director of International Affairs of NDC Lawyer Alex Segbefia who witnessed proceedings said there was adeliberate attempt by the court registrar to prevent the party from filing a fresh process ahead of the verdict.

Meanwhile, National Communication Officer of NDC Sammy Gyamfi said “folks, it does appear that the Registrar of the Cape Coast High Court, Mr. Ustaz Hamza and some other judicial officers in the Court’s Registry are in cahoots with the New Patriotic Party to prevent lawyers for the Assin North NDC MP from filing certain legal processes before the Trial Judge who has set today for his Judgement on the matter sits this morning”.

You will recall that yesterday, the Supreme Court directed lawyers for the Assin North MP to go back to the High Court and make a formal request for the trial judge to refer the case to the Supreme Court on grounds that same borders on the interpretation and enforcement of the Constitution and therefore falls within the exclusive jurisdiction of the Supreme Court, if they are so minded.

In furtherance of this directive, the National Chairman of the NDC and Lawyers for the Assin North MP were at the Court’s registry by 8am this morning, which is the official time the registry opens, to file the necessary legal processes. As at the time of this writeup, 9am, the registry and filing room of the Court remain locked and the Registrar and other relevant judicial officers who are paid by the State to facilitate the filing of such legal processes are not at work. All efforts to reach them have proven futile.

This is exactly the same way the Registrar and Registry of the Court behaved in the processes leading to the service of an Order of Injunction on the Assin North MP and counter-attempts by lawyers for the MP to challenge same on 6th January, 2021 before the Speakership Election in Parliament.

The NDC can see a deliberate and evil conspiracy between the Court’s registry and the NPP to manipulate the court processes and decision in their favor, all in an effort to steal the Assin North seat from the NDC. And this begs the question as whether or not the trial judge is privy or party to this shameful conduct of the Court’s registry.

It is very shameful to say the least, that Judicial officers who are supposed to exhibit independence, impartiality and professionalism in their work have compromised their integrity and are lending themselves as pliant tools for the manipulation of judicial processes by the desperate and despotic NPP/Akufo-Addo/Bawumia government.

Sad day for judicial independence. The NPP can have its way today, but the truth shall surely prevail at the end of it all!