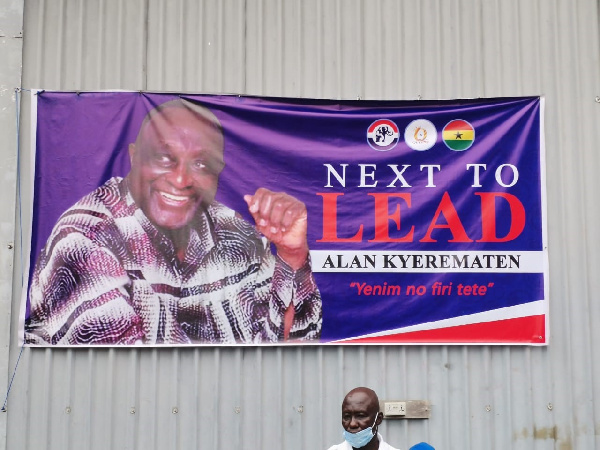 Ashanti Regional Spokesperson of ‘Alan for President 2024 Campaign’ Abraham Boadi (Opooman says the display of adoration for the Trade and Industry Minister Alan Kyerematen during the NPP’s Regional Delegates’ Conference with the governing party’s world bank even though Alan was not personally present, is a signal that the NPP has approved him to be NPP’s 2024 flagbearer.

According to the former Presiding Member of the Kumasi Metropolitan Assembly Opooman,
the party’s world bank has overwhelmingly endorsed the Trade and Industry Minister Alan.

Opooman expressed confidence that the visible cheers that welcomed the introduction of Team Alan at Ejisu during the conference was very supportive.

Opooman noted that when Vice-President Mahamudu Bawumia’s campaign team led by Fred Oware, a former National First Vice Chairman, made a donation of GHS 20,000 to each of the 47 constituencies and GHS200,000 to the region, the delegates were not perturbed by the gestures but were rather indifferent about it.

Apart from that, the donations failed to receive any loud applause from the delegates but the applause was loudest when Alan Kyerematen’s name was pronounced although he did not he didn’t make any donation to the party’s world bank.

Alan has contested the NPP flagbearership race in several times and lacing his boots to vying for the candidature when the party opens nominations.