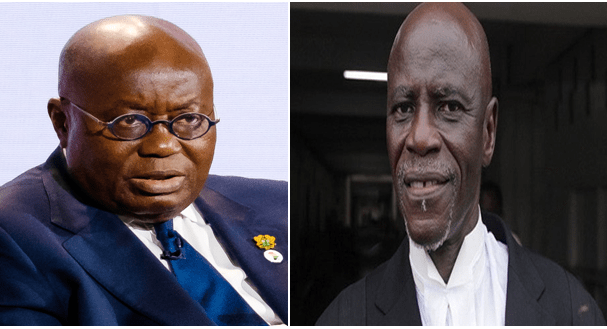 Deputy General Secretary of the ruling New Patriotic Party Nana Obiri Boahene is shocked over the continues quietness of most of NPP Members of Parliament over the Proper Human Rights and Ghanaian Family Values bill intended to make the activities, advocacy and assembling homosexuals, gays, lesbians criminal and punishable by law.

In what appears to be the most sharp public reaction against his own MPs, the veciferous Deputy General Secretary of governing NPP Nana Obiri Boahene lamented “I’m astonished that I don’t see a lot of the NPP MPs advocating for the passage of the LGBTQ+ Bill currently before parliament. For this reason, I am concerned.”

The bill was introduced to parliament by seven NDC MPs including only an NPP MP, John Ntim Fordjour.

Since the bill was introduced, laid in the floor of Parliament and referred to Constitutional, Parliamentary and Legal Affairs Committee, NDC MPs are being referenced and praised for sponsoring with the names of majority caucus conspicuously missing except John Ntim Fourdjour.

This according to Obiri Boahene is below the belt on a rather serious matter such as LGBTQ+ Bill.

Obiri Boahene who reffered to the act of homosexuality- gayism and lesbianism as humiliating, annoying and disgusting expected the voices of most of his NPP lawmakers heard publicly on the LGBTQ+ Bill and debate by jumping to the defense of the proponents of the proposed law but can’t find any.

The bill in parliament, is being initiated by six individuals from parliament including just a single NPP MP, John Ntim Fordjour.

This comes after top pastors and Islamic clerics including the Church of Pentecost, Catholic Bishops Conference, Muslim groups, Advocates for Christ Ghana summited petitions, scientific memoranda and signatures to Constitutional, Parliamentary, and Legal Affairs Committee to push for the passage of the Bill into law.

The Church of Pentecost has proclaimed its availability to stronly campaign against government that stands against the passage of the bill.

Nonetheless, a progression of memoranda, which go against the proposed law, have additionally been brought before the Committee. The backers of the said memoranda in opposition to the LGBTQ+ Bill, led by Lawyer Akoto Ampaw, Prof. Audrey Gadzekpo, Prof. H. Kwesi Prempeh, Prof. Raymond Atuguba, Prof. Gyimah Boadi, Dr. Yao Graham, Prof. Kwame Karikari, Nana Ama Agyeman Asante and others insist the bill is a state-supported discrimination against minority gatherings and an encroachment on their basic liberties.

Notwithstanding, Nana Obiri Boahene accepts that since the conversations of LGBTQ+ isn’t simply restricted to the NPP or NDC, all benevolent Ghanaians should join the conversations to fight against homosexuality in Ghana.

“No individual ought to try and empower that we ought not be discussing that, we should stop it. How would we talk about this even in the public space,” he added.

Mr. Boahen likewise encouraged Akoto Ampaw and his ‘professor-partners’ driving the charge against the LGBTQ+ bill, to leave their position out of the way of the legislative process ongoing in parliament.

He said that “please my great siblings and sisters, it has got nothing to do with religion, it is simply a clear case of legislation, it has something to do with sound judgment, drop it.”

Meanwhile, Chairman of the Church of Pentecost Apostle Eric Nyamekye says “the gay right is an insult to the intelligence of God”, adding threatening that his church members and the Christian community in Ghana will vote against every government that oppose the LGBTQ+ Bill seeking to criminalise homosexuality.