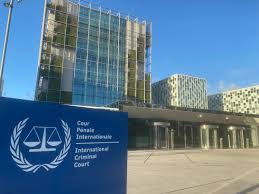 Ongwen case: hearing on the Defence appeals against verdict and sentence – Practical Information

On 14-18 February 2022, the Appeals Chamber of the International Criminal Court (“ICC” or “Court”), composed of Judge Luz del Carmen Ibáñez Carranza (presiding), Judge Piotr Hofmański, Judge Solomy Bossa, Judge Reine Alapini-Gansou and Judge Gocha Lordkipanidze, will hold a hearing in the case The Prosecutor v. Dominic Ongwen for the parties and the legal representatives of victims to address the Defence’s grounds of appeal relating to Mr Ongwen’s conviction and sentence. A number of amici curiaewere also invited to provide observations on the appeals and participate in the hearing.

The purpose of the hearing is for the Chamber to hear submissions and observations on the issues arising in these appeals. Due to the current situation linked to Covid-19, the hearing will be held on a partially virtual basis as some of the hearing participants will take part via video-link.

Background: On 4 February 2021, Trial Chamber IX found Dominic Ongwen guilty of a total of 61 crimes comprising crimes against humanity and war crimes, committed in Northern Uganda between 1 July 2002 and 31 December 2005. On 6 May 2021, Trial Chamber IX sentenced Dominic Ongwen to 25 years of imprisonment. A phase dedicated to the reparations to victims is ongoing. On 21 July and 26 August 2021, the Defence filed its appeal briefs against the conviction and sentence, respectively.

In this article:– Practical Information,hearing on the Defence appeals against verdict and sentence,Ongwen case: