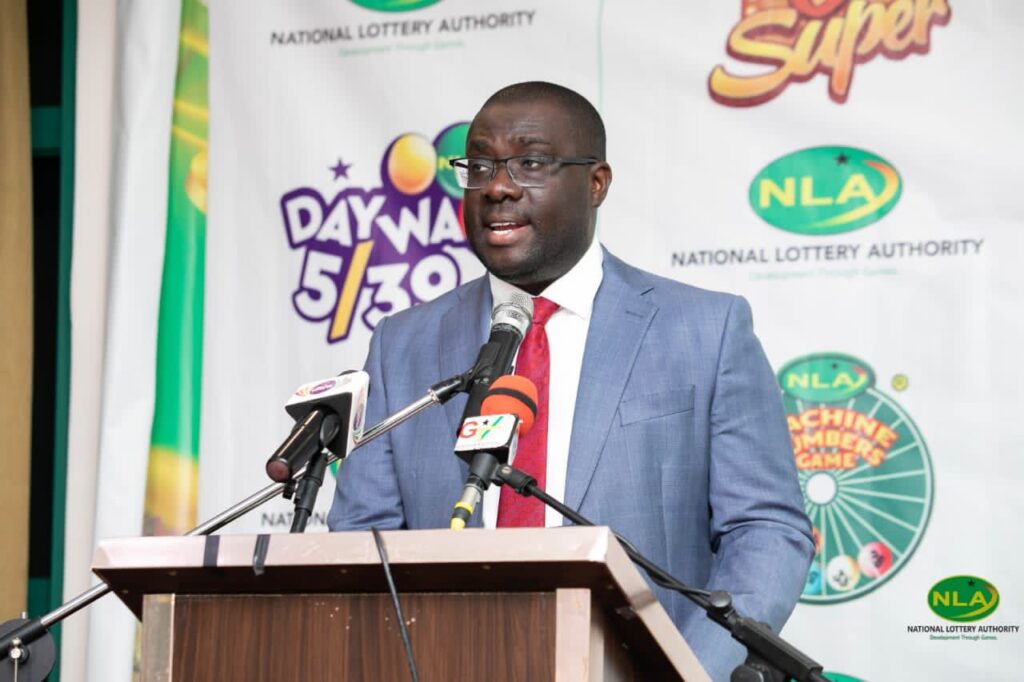 Online Lottery has come to stay, you can’t cancel it- Sammy Awuku to LMC’s

The newly appointed Managing Director of National Lottery Authority ( NLA) Sammy Awuku, has told Lotto Marketing Companies (LMC’s) that they cannot cancel the online lottery because they are making a lot of revenue from it, and also advised the LMC’s to get other auxiliary jobs to back up the Lottery work.

The president named Sammy Awuku as the new Managing Director(MD) of the NLA this year after Osei Ameyaw was asked to go on retirement.

NLA was struggling with payment of wins and other stuff before Mr. Awuku took over. He has since been meeting with major stakeholders of the NLA on how to bring the company back to its feet.

Today, Friday, 29th October 2021 was the turn of the LMC’s, individuals who sit in lotto kiosks and sells NLA product.

The LMC’s have been complaining about low sales due to the competition from online lottery platform, and are pleading with the MD to scrape it.

Mr. Awuku has opened up on the online lottery and why they cannot cancel it.

He also stressed on the world going digital and the likelihood of lotto kiosks and LMC’s moving out of the system is very high.

“The world is moving digital and LMC’S/ lotto kiosks should begin to take second plan, different companies may come in to take-over online”

Meanwhile, NLA appears to be doing better under the management.