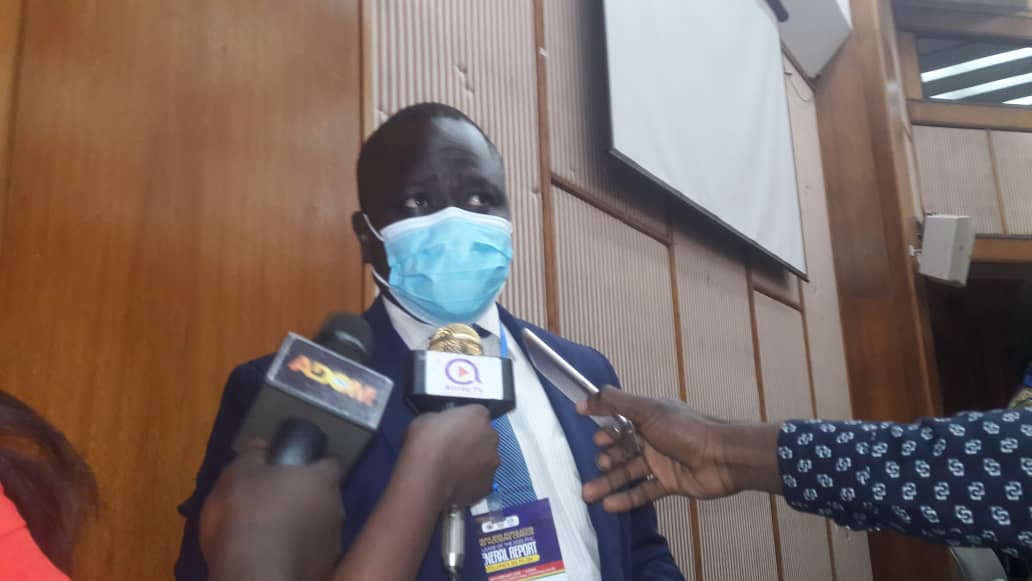 The report showed that the levels of open defecation had dropped marginally in approximately two decades from 20.2 percent in 2000 to 17.7 percent in 2021.

The two sector Ministers, Sanitation and Water Resources and Works and Housing, Mrs. Cecilia Abena Dapaah and Francis Asenso-Boakye (MP) who co-chaired the programme were presented with three of the five reports released.

Presenting the highlights from the general report volume 3G, the Government Statistician, Professor Samuel Kobina Annim explained that, Information and Communication Technology 3H, Fertility and Mortality 3K, Housing Characteristics 3M, Water and Sanitation and 3N and Structures concluded with some key takeaways from the presentation.

From the findings on Housing, he said, the upward trend in housing deficit since 1960 has been reversed by 33 percent since 2000.

He again highlighted the concern that digital inclusion is happening mainly through mobile phone ownership and use but not laptops, desktop or computers.

Finally, he touched on the disparities observed in these reports by region, type of locality (urban/rural) and gender that is consistent with findings from earlier reports.

The Co-Chairpersons also gave their remarks both focusing on the relevance of the data for development planning and policy and commitment to collaborating with the Statistical Service to ensure uptake of the census data for decision-making in their respective sectors.

Mrs. Dapaah expressed her confident that the data collected would also provide up-to-date indicators for monitoring the sector’s policies and programmes, stating that, further analysis of the data would enhance targeting and priority setting in the collective efforts to attain adequate, clean and reliable water supply as well as a decent environment for all.

Mr. Asenso-Boakye on his part also noted that, his outfit would engage further with the Statistical Service on the production of analytical reports to seek answers for policy-relevant research questions relevant for the housing sector.

“the Government of Ghana is prioritising access to affordable housing for persons in Ghana. In this regard, he urged the private sector to utilise this rich data for their decision-making to better serve the housing needs of the population.” He noted.

Meanwhile, Mr. Asenso-Boakye noted that the cost of two-bedroom from government’s affordable housing units may cost not more than $30k or less payable in instalments.

“Government is making plans to build more affordable housing units at different regions and towns like Pokuase and Ashanti region to close the housing deficit in the country”, he added.

The two ministers expressed their delight for the release of the final volumes of the 2021 Population and Housing Census General Reports and more importantly the inclusion of a report on both Ministries including Housing Characteristics.

“The role of relevant and accurate data in the development of policies and programmes in Ghana cannot be over-emphasised”, Mr. Asenso-Boakye noted.