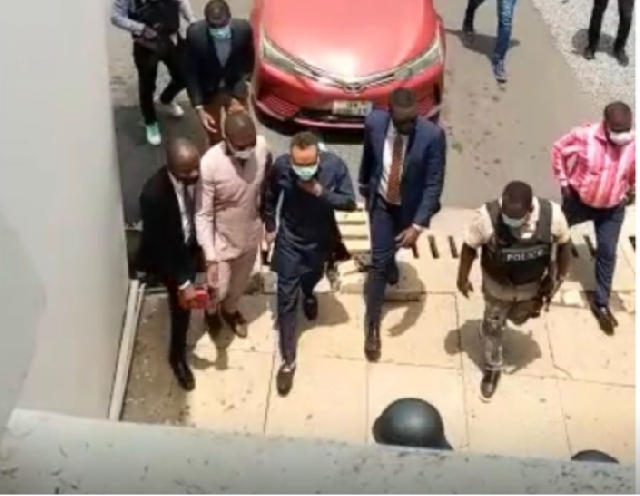 Owusu Bempah, 3 others to spend 7 days in police custody

Founder and General Overseer of Glorious Word Power Ministries International Rev. Isaac Owusu Bempah and three others arrested for attacking police officers will spend another 7 days in police custody after they were denied bail today.

This was after an Accra Circuit Court remanded Rev. Isaac Owusu Bempah together with three of his church members were remanded into police custody.

The controversial Preacher Rev. Isaac Owusu Bempah and three of his church members members who have been in police custody since Sunday were arraigned before court today Monday, September 13, 2021 after they were rounded up by the police on Sunday September 12, 2021 for purportedly attacking Police officials whilst issuing warnings in a viral video.

The three are Nathaniel Agyekum, Michael Boateng, Frederick Ohene with 2 others on the run where the police are on manhunt for them.

Upon capture on Sunday, Rev. Bempah and 3 others were confined by the police to help itemized test over creating and virally putting recordings via online media, during which they were displaying weapons in the midst of attacking cops.

As indicated by the Police, some congregation individuals suspected to be under the tall orders of Rev. Bempah attacked cops upon their landing in the premises of the congregation situated at Odorkor near Crystal TV.

The attacked cops have since been going through treatment.

The choice to capture Rev. Bempah and 3 others were captured after detailed examination of the viral video via online media.

The case has been adjourned to Monday September 20, 2021 for Rev. Bempah and three suspects to reappear in court.

In this article:3 others to spend 7 days,in police custody,Owusu Bempah