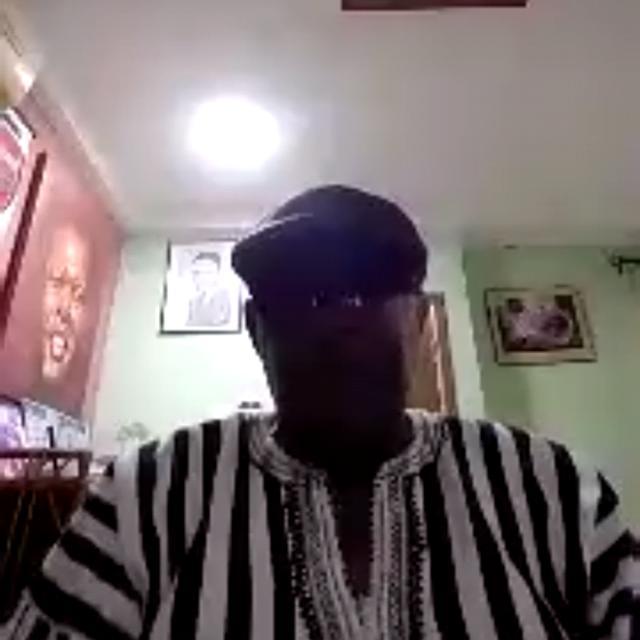 Former Chairman of National Media Commission Nana Kwasi Gyan Apenteng has called on Women’s Manifesto Coalition (WMC) and other women movements to immediately team up with queen mothers to fight stereotypes against women in the media.

Speaking via zoom meeting organised by Women’s Manifesto Coalition powered by Abantu for Development on Thursday 3 September 2021, in honour of the launch of Women’s Manifesto for Ghana after 17 yesrs, the former Ghana Association of Writers President Gyan Apenteng said “Let’s partner queen mothers, media houses to have a reference person in each media who will constantly preach against stereotypical behaviours”.

Nana Gyan-apenteng noted that Women’s Manifesto shouldn’t be for only women but it should be for men as well so together we fight the barrires that limit potentials of women. Let’s bring men on board to fight behavioural patterns that fuel stereotypes against women in the media”.

Launched over 17 years ago, Women’s Manifesto for Ghana remains a living document, advocating for protection of the rights of women aimed at bridging the inequality gap. The Women’s Manifesto Coalition has been on the forefront of fighting for gender parity in a bid to secure the rights of women and reduce patriarchy to the bearest minimum in areas where women are relegated to the background”.

Lack of knowledge, lack of access to finance, credit facilities, the urgent need to involve roles of queen mothers, religions, traditional associations, fixing technological problems facing the modern women, how to fully operationalise the Women’s Manifesto for Ghana were cocktail of issues identified and tabled for consideration to confront the future after 17 years.

Contributing to the debate, Rector of The Law Institute and former Chair of CEDAW Lawyer Hilary Gbedemah said “deliberate efforts must collectively be made to make the provisions of the Women’s Manifesto for Ghana real”.

The Women’s Manifesto for Ghana has since been translated into six local languages including Ewe, Twi, Dagbani and others.

Meanwhile, Executive Director of Widows and Orphans Movement (WOM) Fati Abigail Abdullai says apart from religious associations, the coalition must make frantic attempt to “whip up the interests of academia/intellectuals, education institutions” Ministries, Departments and Agencies towards the total implementation of Women’s Manifesto for Ghana for benefits.

The zoom meeting was organised by the Women’s Manifesto
Coalition (WMC) with support from ABANTU for Development to mark the launch 17 years ago.

The theme for the virtual meeting was christened: “Women’s Manifesto for
Ghana: A Legacy for Women’s Rights”.

Below are exclusive pictures from the zoom meeting: