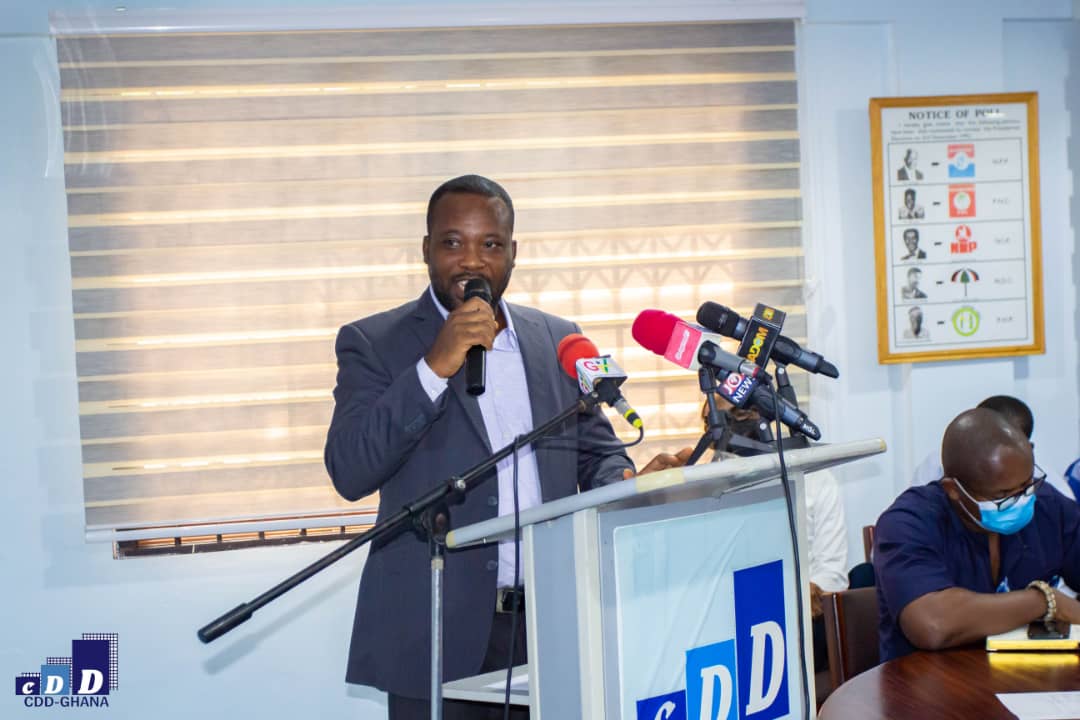 An analysis conducted by a Policy Analyst at ISODEC shows that the passage of the Anti-LGBTQ+ Bill in Ghana would have repercussion and huge economic cost in terms of law enforcement, suspicion in communities, increased underground economy in health and social matters.

The analysis also shows the Passage of the Bill would be a source of social disorder instead of order to the country.

Explaining the methodologies, key assumptions among others during a round-table discussion at CDD-Ghana organised by Coalition for Support-Ghana in Accra, the lead Policy Analyst, Benard Anaba explained that the country’s relative weak economic position and heavy reliance on external financing and grants particularly exposes Ghana to considerable economic impact if diplomatic tensions lead to reduced interest in the country.

According to him, the resultant indirect cost to the economy as a result of possible diplomatic tension, reduced/ delayed grants, and reputational damage mostly from the Western world where Ghana has significant dependence, would be huge.

“Human Rights is a dominant pillar in the foundation of the UN system and Ghana is unlikely to withstand the economic and diplomatic pressure that would result from this Bill. We have invariably imposed on ourselves an additional layer of possible economic conditionality and a lost of leverage in international circles”, he added.

Mr Anaba further explained that the country’s budget regularly relies on grants of about 4-6%, each year from DPs but if, Ghana and other International community are mostly against this Bill could lead to delays and reduction in budgetary supports.

“The relatively weaker economic position of Ghana, makes it more vulnerable to any rebuke of the EU and other Western Governments that do not support the Bill and have categorically been antagonised in this Bill”, he said.
On the indirect economic impact analysis, he mentioned an obvious and clear conflict between key national personalities of Ghana and key international personalities on the Bill.

“The stature of these personalities, who are major decision-makers for the country is recipe for diplomatic row and potentially a major source of diplomatic tension between Ghana and the UN Human Rights Council”, he added.

He again said Passage of the Bill would create a Less engagement and Clash of personalities in the country since its Human Rights record would most likely be an item of discussion in diplomatic or economic support discussions.

Explaining further, he claimed the impact even though appears political from the outset, could quickly descend into economic pain for Ghana because that will be seized as weak point against us.

“ It would therefore have an indirect economic impact”.
“The warnings against the Bill by the UN Rapporteurs and Experts are already threats that threatens Ghana’s relations and economic fortunes abroad” he again said.

According to him, on the legal front, there were significant differences in the interpretation of the text between opponents and proponents of the Bill and this is going to be a source of significant disorder or conflict.

“The result of differences in legal text especially from the views of the UN bodies against the Bill is going to have an insidious economic impact. This would manifest in the form of Legal actions/challenges to the Government of Ghana from affected persons and international bodies. It would have both direct and indirect economic impact on the basis of legal fees, time and personnel” he added.

He said the memorandum of the Bill devotes significant portions to ‘a view of Western Influence’ and therefore, relies heavily on sovereignty as its potent legal safeguard against any external threat and therefore can as well create an implicit recognition of threat from external parties.

However, he noted, the question of sovereignty in recent time is a very diluted concept, adding that, the claim of sovereignty in the Bill may not override the ‘global order’ and the powers that seek to enforce it.

“Sovereignty is very much subjected to the interest of the powerful that oversees the Global order and therefore not best of safeguards against external constraint” he explianed.

Mr Anaba further argued that, though Ghana may not necessary be a target of hostile external aggression because of this Bill, the use of economic measures such as the use of aid or grants and delays from diplomatic engagements as a leverage against the country would have adverse economic impact.

He further stressed as noted previously that this kinds of tensions can escalates into less cordial relationship and loss of leverage on the part of Ghana in international circles, adding, the result is subtle use of economic measures with adverse economic impact on the country.

He said the national reputation just like the ‘goodwill’ of any business entity counts for significant economic value or leverage but the Bill could lead some unpopular attention on Ghana which can have significant indirect economic impact.

“Ghana would loose significant goodwill, influence and diplomatic leverage as a result of the Bill and that will have adverse economic constrain”, he added.

He underscored on the underlying scenario against Ghana since our economy or production systems are not only weak but heavily interlinked and relies on the Western economic order and therefore plausible to assume that the Bill could be a source of economic drag on Ghana’s aid basket.

Faulty assumptions about LGBTQ activities could have the wrong economic impact.

Mr Anaba said the assumption that economic inequalities and poverty creates a fertile environment for the promotion of LGBTTQQIAAP+ activities to take advantage of poor youth and lure them into these activities may not be exactly accurate and especially for policy intervention.

“A misleading diagnosis could have a bad economic policy prescription, hence unintended adverse economic impact. It seems the attention is on LGBTQ persons but not the issue of ‘poverty’ as the problem”, he added.

On direct economic impact analysis, Mr Anaba continued that any Bill imposes financial cost to the State especially in its implementation and so, the Anti-LGBTQ law passed would undoubted require logistics and personnel of special expertise and knowledge to administer the law and prosecute infractions.

He added that it would requirement to impose immediate and direct financial cost to the State which can constrain financial resources to the relevant agencies, the judiciary especially, CHRAJ etc.

“This will be an economic constrain on already cash-trapped economy of Ghana, while direct cost are expected, other economic impact will come through the impact on the persons/entities to be affected. This according to the Bill, will include: LGBTQ+ persons, advocates among others”, he stressed.

He again argued that the impact of criminalization, apart from the generation of stigma, includes reduced access to goods and services for LGBTQ persons, PLHIV who are afraid to seek such services for fear of sanctions which would become an obscure economic on already burdened families.

“It will have a backdoor burden on the health system since control of the spread of unmitigated illnesses such as HIV will become difficult to monitor. This will lead to a huge black market of health needs and eventual adverse impact on the national economy”, he said.
He highlighted on discrimination in employment, housing and access to social security which would have a huge direct economic impact on targeted persons that can in-turn affect their economic wellbeing and eventually the social cost and productivity losses of affected persons to the entire country could be considerable.

“This would involve community policing where the public are going to be relied upon to initiate and be the vigilantes to enforce this Bill if it passes. It would have economic impact in terms of time, social cohesion, suspicion, recriminations etc., in the Ghanaian population”, Mr Anaba noted.

But, he gave three forms of recommendations which includes:
Proponents of the Bill should consider resolving all the contradictions and sources of conflict and tension with the UN system of Human Rights which have a better chance of prevailing against this Bill in the long-run.
Ghana has ratified many Global and Regional Covenants on Human Rights, we must take notice of our obligations before passing the anti-gay Rights Bill.
The government may need to conduct a cost benefit analysis of this Bill to avoid the potential reputational, economic and diplomatic friction, already triggered and likely to result from the passage of the Bill into law.