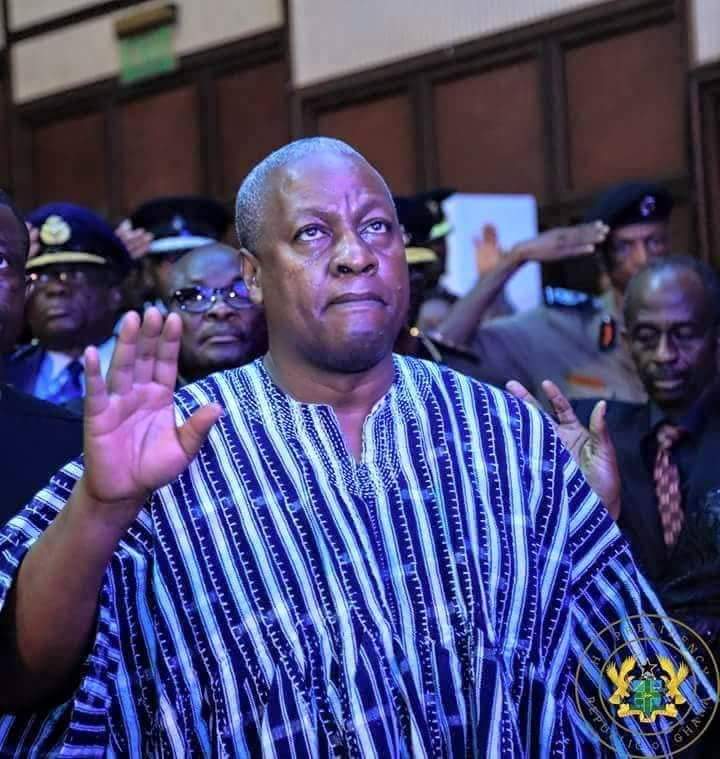 Ex-President John Mahama has asked President Akufo-Addo to be tolerant and pay attention to concerns raised by #FixTheCountry Campaigners.

The last battle the movement had fight was application on notice filed by the police but was shot down by the High court paving ways for the protest that saw participation of both old and Ghanaian youth.

Speaking during his “Thank you” tour of his home region- Upper East, the NDC 2020 flag- bearer and Opposition Leader John Mahama said “Unemployment has been a problem for every government in Africa. It’s a rebellious against suppression. So Mr. President listen to the concerns of the #FixTheCountry Movement and don’t be intolerant”.

Meanwhile, Ex-President John Mahama has taken a swipe at President Akufo-Addo, accusing him of consuming huge money he borrowed, increasing the public debt stock to GHC332.4 but has no projects to show for it.

Ghana’s public debt stock currently stands at
GHC 332.4 per latest figures released by the Bank of Ghana with NDC caucus of parliament accusing Akufo-Addo government of accounting for 60%.

As part of the tour, the former Ghanaian Leader John Mahama started from his home region Upper East and end at Upper West on Monday August 23, 2021.

The National Democratic Congress (NDC) John Mahama commenced his tour of the Upper East Region with media engagement, interact with his party members and stakeholders.

He has also meet Regional House of Chiefs and religious leaders to offer gratitude for their supports and guidance during the 2020 polls.