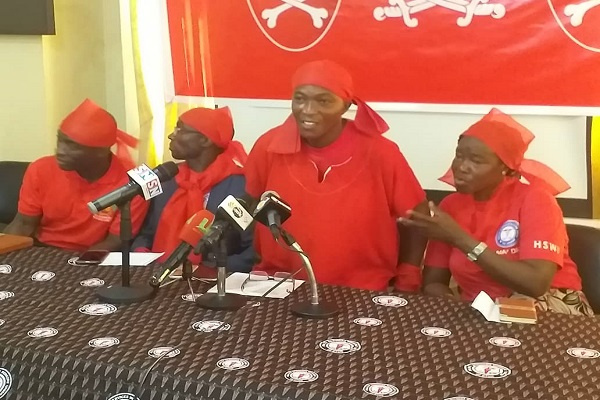 President Akufo-Addo promised to pay front line health workers a 50% increment of their basic salaries and insurance package when Ghana was hard-hit by infectious Covid-19,demanding additional efforts and commitment of front line health workers to contain, combat and prevent the spread of infectious pandemic during which some of them were infected with Covid-19 leading to the death of many including 12 medical doctors.

But after one year, President Akufo-Addo has not paid the 50% basic salary hikes and insurance package to members of Health Service Workers Union.

Speaking in an interview monitored by African Editors on 9 August 2021 in Accra, General Secretary of Health Service Workers Union Franklin A said “President Akufo-Addo should fulfill the promise he made over one year ago to pay us 50% basic salary increment and insurance package “.

Meanwhile, Ghana Medical Association (GMA) has threatened to withdraw all services over unpaid arrears and worsening conditions of service as they gave government September 30 deadline to resolve their grievances or face nationwide industrial action.

The latest September 30 ultimatum being given to government by the GMA to resolve outstanding matters or they will lay down their tools and declare a full-blown strike is due to the employer’s failure to address many concerns tabled before.

According to the General Secretary of GMA Dr. Justice Yankson, government signed their conditions of service in 2019 but has been dragging its feet when it comes to implementation coupled with a backlog of arrears.

Speaking in an interview monitored by African Editors on Tuesday 3 August 2021 in Accra, Dr. Yankson said “We’ve spelt out in a communique from our just-ended meetings to government on our roadmap to full-blown strike if the employer failed to implement the 2019 conditions of service”.

The GMA has called on government to immediately enforce the Covid-19 safety protocols and stop making appeal to the public to ensure total compliance.

Meanwhile, Minority Caucus of Parliament has predicted impending crisis on the labour front due government poor management of conditions of service including low pay rise.

Speaking during debates to in the floor of parliament, Minority Leader Haruna Iddrisu said “There is an impending labour unrests, industrial conflicts because of poor management and lower pay rise”.

Senior Staff Association of University of Ghana (SSA-UG) says it will not kowtow to calls by National Labour Commission (NLC) to call-off ongoing nationwide strike upon invitation to negotiation table.

Some affected final year students of University of Ghana have complained that they are already racing against time to complete academic exercises for the semester, saying the strike may throw the academic calendar out of gear.

The NLC in a bid to resolve the issue has ordered the labour unions to call-off the strike and resume the negotiation table to resolve their grievances.

But, the SSA-UG says they unable to call-off the strike in the name of invitation to negotiation table.

In an interview monitored by African Editors on Tuesday 3 August 2021 in Accra, National Chairman of SSA-UG Zachariah Mohammed said “We’re unable to call off the strike upon invitation to table over conditions of service”.

In this article:& insurance package promise-,HSWU to Akufo-Addo,Pay us empty 50%