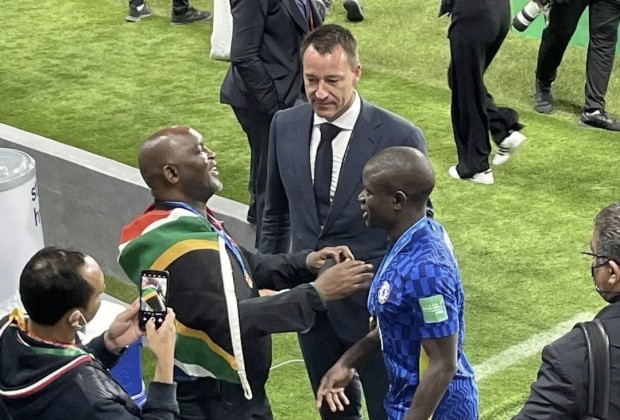 Success is the result of perfection, hard work, learning from failure, loyalty, and persistence. Coming together is a beginning; keeping together is progress; working together is success Self-belief and hard work will always earn you success.
Pitso Mosimane is the most successful and decorated manager in African football history, winning titles with Mamelodi Sundowns in South Africa and with Al Ahly in Egypt.

He started his coaching career at Supersport as assistant to Bruce Grobbelar and in 2001 -2007 he took reigns of the head coach. From 2007-2010, Mosimane served 7 matches as caretaker coach of Bafana Bafana and as the assistant coach to Carlos Alberto Parreira and Joel Santana.

On 15 July 2010, Mosimane was named as the new head coach of South Africa and was given a four-year contract. He won his first game in charge,1–0 win against World Cup quarter-finalists Ghana. South Africa failed to qualify for the 2012 African Cup of Nations after played for a draw in the final qualifier against Sierra Leone, when in fact a victory was required.

In 2012, Mosimane became the manager of Mamelodi Sundowns. He won the 2016 CAF Champions League with Mamelodi Sundowns after defeating Egypt‘s Zamalek 3–1 on aggregate,[5] making them the 2nd South African side to win it after Orlando Pirates in 1995. In December 2016, Mosimane was ranked as the 10th best coach in the world for 2016, according to the International Federation of Football History and Statistics. On 5 January 2017, Mosimane won the Coach of the Year accolade at the 2016 Glo-CAF awards in Abuja, Nigeria.

On the 6th of April 2019, Mosimane led his team Mamelodi Sundowns to a 5–0 win against Egyptian club Al Ahly in the 2018–19 CAF Champions League quarter-finals, in which he won 5–1 on aggregate to reach the semi-finals. Pitso is the most decorated and most successful manager who hails from the Southern of Africa football history.

At the end of September 2020, Mosimane joined Al Ahly as the head coach and became the first non-Egyptian African to manage the club and had a successful tenure, winning the Egyptian Premier League, Egypt Cup and back-to-back CAF Champions League titles. Meanwhile, 2021 and this year, he also guided the African powerhouse to a third place finish in the Club World Cup.

The secret of your success is determined by your daily agenda. However difficult life may seem, there is always something you can do and succeed at. Your positive action combined with positive thinking results in success. Success is not final, failure is not fatal: it is the courage to continue that counts that’s the story of the Legendary Pitso Mosimane.

Enos Denhere is a Freelance Journalist based in Zimbabwe. Email enosdenhere@gmail.com WhatsApp +263773894975. He welcomes opportunities in brand ambassadorial role. https://www.linkedin.com/in/enos-denhere-11293429/