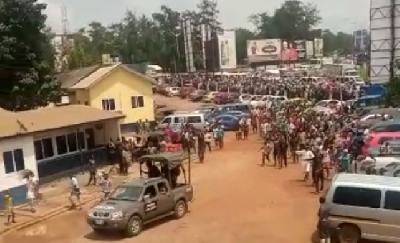 There is a stalemate among Police and military at Suame Roundabout in Kumasi within the Ashanti Region.

This as indicated by report happened after the Police rounded up a plain-cloth military official on an unregistered motorbike.

The soldiers called for support. African Editors sources have confirmed that there was no casualty recorded.