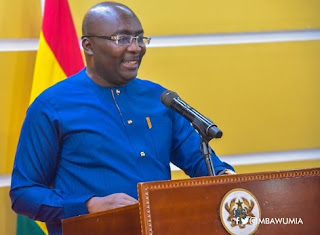 Director of Academic Affairs at Kofi Annan International Peace Training Centre (KAIPTC) has taken a swipe at the Police Council and insists, the current insecurity in the country is due to the total failure of the Police Council chaired by Vice President Dr. M. Bawumia.

According to him, the Police Council that supposed stamp its authority to ensure that the peace officers are
discharging their constitutional duties of maintaining law and order devoid of unprofessionalisn has long been sleeping on the job.

Speaking in an interview monitored by African Editors on Thursday 22 July 2021 in Accra, the renowned Security Expert Prof. Kwesi Anning said “The Police Council has failed and reduced to appointment and dismissal unit, intelligence in the Police Service has failed accounting for rising insecurity we’re seeing “.

Prof. Anning noted that with the appointment of COP Dr. George Dampare as Acting IGP, “Efforts must be made to achieve a secured Ghana”.

Dr. Dampare must aspire to live a Police Service that wins the hearts of citizens.

Meanwhile, Prof. Anning has taken a swipe at the Defense and Interior Committee of parliament, accusing members of absolutely failing to discharge their oversight responsibilities.

The committee should become partner to the Police Service for effective delivery of policing. We’ve a lot more work to do”.

But, former Deputy Interior Minister and Ranking Member of Defence and Interior Committee of Parliament Lawyer James Agalga said the agencies under the committee are many but his outfit has made some strides to retain their authority.