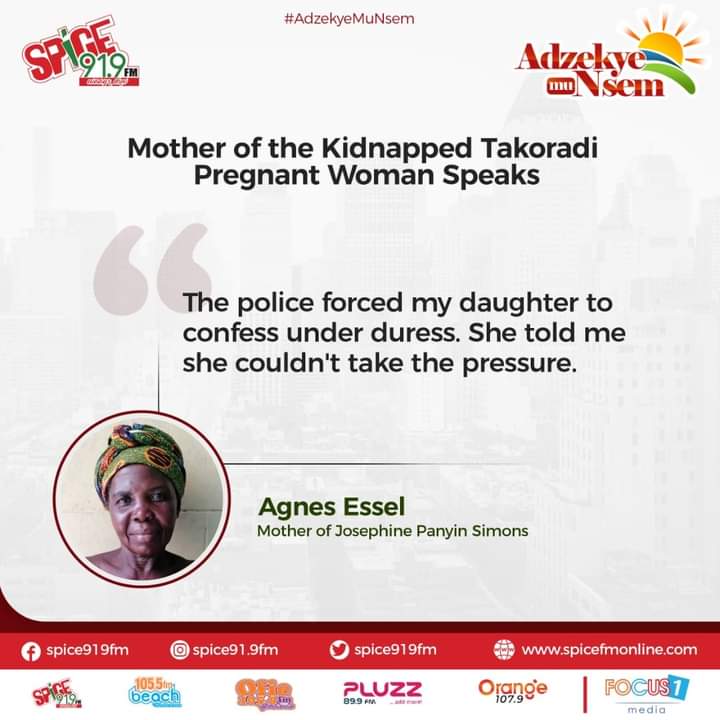 Mother of kidnapped Takoradi pregnant woman Agnes Essel is accusing the police of forcing her daughter Josephine Panyin Mensah to confess under duress.

Breaking silence on the matter for the first time, Josephine Mensah’s Mother Agnes Essel said “The police forced my daughter to confess under duress. She told me she couldn’t take the pressure”.

Josephine Panyin Mensah who pleaded not guilty upon first appearance in court, has been charged for deceit of a public officer and publication of falsehood to create fear and panic.