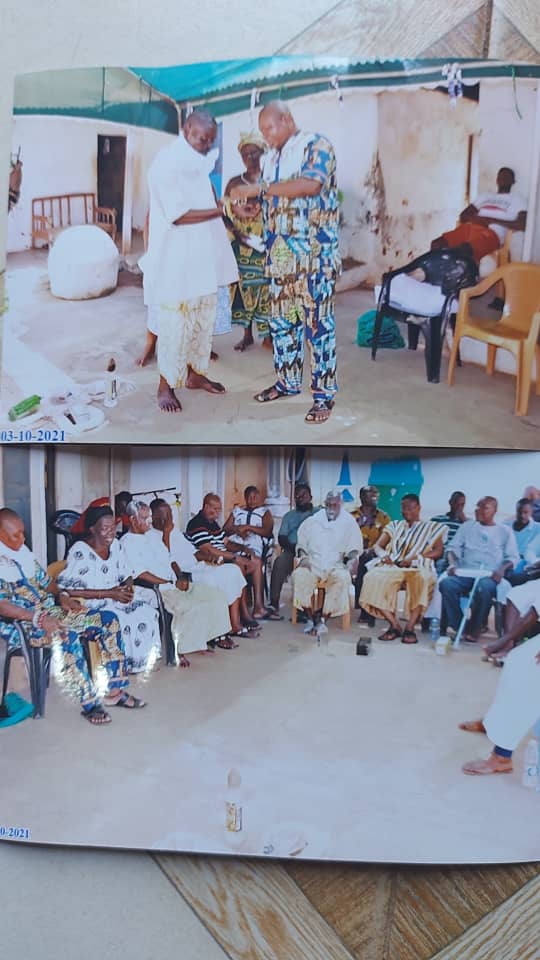 The necessary traditional rites to pave way for the enstoolment of a new chief for the Prampram Traditional Area in the Greater Accra region, is expected to take effect on the 30th of November 2021.

In a communique issued and signed by the Kingmakers of the Prampram Traditional Area, it said, the need to rescheduled the customary rites and coronation for the new king, which was originally scheduled for October 31st 2021, was as a result of the said date coinciding with the final funeral rites of the late Gbawe Chief in Accra.

It would be recalled that, heads and kingmakers of the 3 royals gates in the Prampram Paramountcy, had in August 2021 served notice to enstool a new king for the area. They averred that, the need to enstool a new chief, has been as a result of the Paramount stool being vacant years.

The August press conference which had brought some excitement amongst indegens of the Prampram Paramountcy, was expected to bring to an end the Chieftaincy disputes facing the area for years now.

However the latest statement signed by the heads of the 3 royal gates and the Paramount stool father Numo Osabu Abbey IV, is urging members of the general public to have faith in the kingmakers of ensuring a new king is enstooled by close of November. It also called on the general public to be measured in their excitement during the coronation process to formally outdoor the new king, who has since been selected and due to be confined in the stool room for the necessary customary rites a d traditions to formally pave way for his outdooring.

Meanwhile kingmakers in the Prampram Paramountcy has called on the Chieftaincy minister to as a matter of urgency bring to book some persons within the Greater Accra Regional House of Chiefs, who had nicodemusly attempted gazetting one Nene Tetteh Wakah III as chief of Prampram. The kingmakers say, if not for the timely intervention of the Paramount stool father Numo Osabu Abbey IV who had petitioned the National house of chiefs against the said gazettion, Prampram would have turned into a bloody state. It said until a new chief is enstooled come November 31st, Prampram has no Paramount chief.