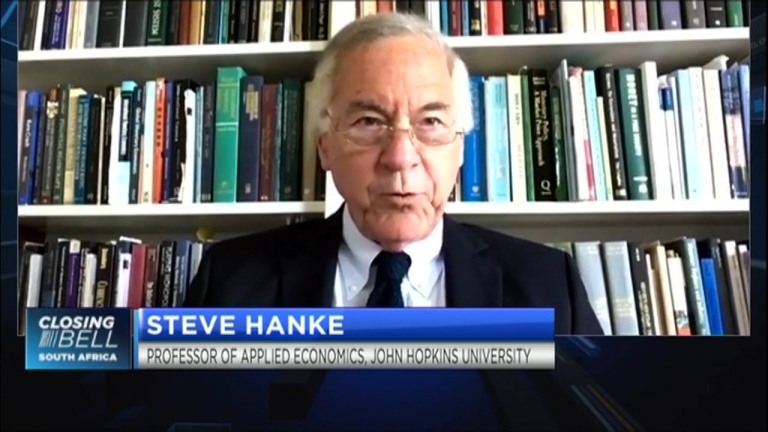 Professor of Applied Economics at the Johns Hopkins University, Steve Hanke is predicting interest rates in Ghana to go higher despite the decision by the Monetary Policy Committee (MPC) of the Bank of Ghana (BoG) to keep the Policy Rate (PR) at 19%.

Governor of the Bank of Ghana Dr. Ernest Addison made the announcement to maintain the rate at 19% at the MPC press conference in Accra on Monday July 25.

He stated that the decision was to allow the central bank observe further, how the policy measures announced earlier to deal with the economic challenges will end up.

The Committee, according to the BoG Chief, noted that inflation has persisted on an elevated path.

“Over 80 percent of the items in the basket recorded inflation above 20 percent,” Dr Addison said.

Inflation perceptions and expectations, as revealed in the Bank’s surveys of consumers and businesses, have increased, and influenced agitations for Cost-of-Living Allowances in workplaces

“The Bank of Ghana has responded decisively with its policy tools over the last few months increasing the policy rate by a cumulative 550
basis points since November 2021 and tightened liquidity conditions. The Committee also noted the deceleration in the rate of increase in inflation in the last reading.

THE BANK OF GHANA HALTED INTEREST-RATE HIKES ON SIGNS INFLATION IS “LEVELING OFF.” GHA’S OFFICIAL INFLATION IS 29.8%/YR—A 19 YR HIGH. NOT EVEN CLOSE. TODAY, I MEASURE INFLATION AT 54%/YR, ~1.8X THE PHONY OFFICIAL RATE. SO, INTEREST RATES WILL GO HIGHER.HTTPS://T.CO/IOA4FJUXXG

“The Committee expects that the macroeconomic framework that will underpin an agreed IMF supported programme will present a stronger coordinated monetary and fiscal policy framework that will anchor stability and prevent a wage-price spiral, which will lead to inflation becoming more entrenched.

“The Committee was of the view that it will be appropriate to pause and observe the impact of the recent monetary policy measures already taken. The committee therefore, has decided to maintain the Monetary Policy Rate at 19 per cent,” Governor Addison said.

Reacting to this in a tweet, Prof Hanke indicated that “The Bank of Ghana halted interest-rate hikes on signs inflation is “leveling off.” GHA’s official inflation is 29.8%/yr—a 19 yr high. Not even close.