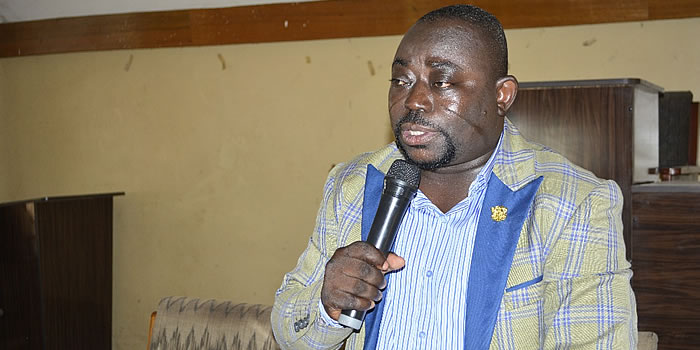 Bongo District Chief Executive Peter Ayinbisa has thrown an open invitation to scientists in the country to immediately conduct scientific research into the Bongo water to prove him wrong if it does not stimulates sexual drive.

DCE Ayinbisa attributed the alarming rate of teenage pregnancy in the area to the fact that the water from a particular river in the area stimulates sexual drive.

This comment has received mixed reactions on both social and legacy media and kept many talking.

Speaking in an interview with African Editors in Accra on Wednesday August 2021, Bongo DCE Pater Ayinbisa insists “We’re willing to collaborate with researchers if there is no truth in the fact that the water stimulates sex drive. Let’s scientists come and conduct investigations so we determine whether I’m wrong because a nurse confirmed it when I interacted with her on the matter. We must confirm the reason for the rising cases of teenage pregnancy in Bongo”.

When questioned further by African Editors whether he feels more potent after drinking the water, Mr. Peter Ayinbisa noted that “I’m a local person who grew up in this environment, and even today, I have drunk this same water but I will be certain if I drink a different source of water in order to compare the two. This is the only water and I’ve no alternative. I’ve been drinking and it’s part of it”.

“The only way to determine the effectiveness of the water is perhaps when I come to Accra and I take in different water. But, we need a group of scientists to conduct research so that the matter is settled”.

Meanwhile, some residents of Bongo have confirmed that said source of water contains high Fluoride content.

According to Mr. Ayinbisa, Bongo has recorded the highest percentage of teenage pregnancy in the region prompting the DCE to determine what could be the obvious cause of the worry trend.