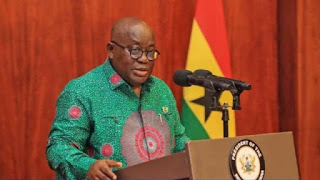 Abuga Pele and Akpena Assibit were represented by astute counsel Thaddeus Sory, Raymond Bagnabu and the late Carl Adongo who mounted strong defence during the trials but lost the case.

But, President Akufo-Addo has granted the Chiana Paga Lawmaker Abuga Pele pardon after spending over four years in custody on health grounds.

In his immediate reaction to the president’s action, Rashid Pulpo expressed excitement for the bold decision by the Ghanaian leader to realise the former Chiana Paga MP, Abuga Pele.