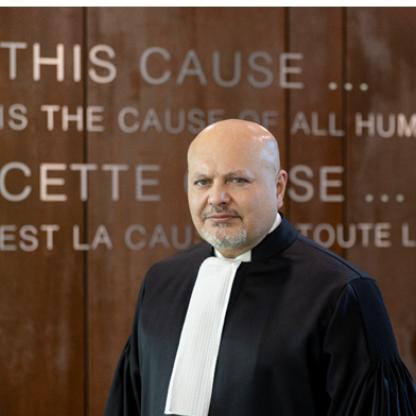 Read statement of ICC Prosecutor Karim A.A. Khan QC on the occasion of the 2022 International Day against the use of Child Soldiers

As we commemorate this year’s International Day against the Use of Child Soldiers, I note with profound regret and concern that the lives of tens of thousands of children continue to be shattered in unbridled violence in armed conflicts across the globe. In fact, children seem to be at greater risk than ever of being recruited and used in hostilities. Child recruitment and use was the violation with the highest number of recorded incidents in the United Nations Secretary-General’s latest annual report on children and armed conflict – the 8,521 cases verified in 2020, likely representing a fraction of the actual number of children that remain trapped and exploited in fighting forces around the world. The criminality seen in many of the situations before the International Criminal Court (“ICC”) attest to the prevalence of this abhorrent violation. Children continue to bear the brunt of war and conflict.

The harrowing experiences of this vulnerable group are as incomprehensible as they are unacceptable; children are all too frequently forced outside the nurturing and protective environment they are entitled to as children to serve as soldiers, cooks, or slaves, including as sex slaves. All too often, they are denied a formal education and taught or exposed to every type of violence instead.

A crime against a child is an awful act. Such crimes demand accountability and it is here that the Court has a particularly important role to play.

The Office that I have the privilege to lead has made important inroads in ensuring accountability for crimes against and affecting children, including those abducted or otherwise recruited for military purposes. We can, however, do more and be unyielding in our resolve to discharge our responsibilities ever better.

I join other stakeholders in a unified call to act meaningfully and with resolve to seek justice for children recruited and used in hostilities, and to prevent all violations committed against children in times of war. In my view, these efforts should also ensure national laws sufficiently respond to such crimes so as to hold perpetrators accountable at the national level.

Through coordinated, sustained and collective action, we can and must protect children better from the impact of conflict. They have every right to expect this much from those who have the authority, knowledge and responsibility to do so.

In this article:2022 International Day against the use of Child Soldiers,ICC Prosecutor Karim A.A. Khan QC,on the occasion of the,Read statement of