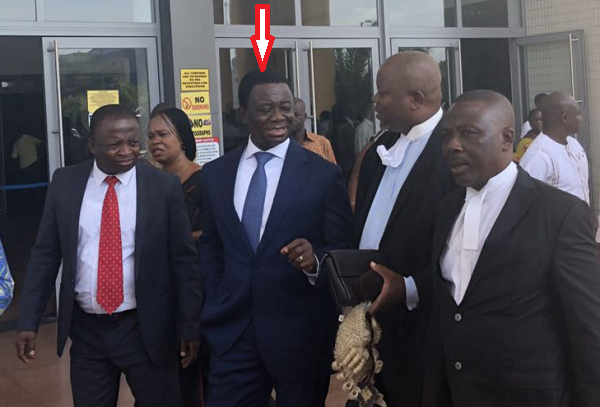 A 7-member review panel of the Supreme Court has overturned its earlier verdict to stop Justice Clemence Honyenuga from presiding be over a case involving former COCOBOD CEO Dr. Stephen Opuni.

The Supreme Court in a 4-3 majority verdict overturned the previous decision which was in favour of Dr. Stephen Opuni.

The verdict delivered by Justice Jones Dotse on Tuesday 26 October 2021 the Court stated that the claims of bias against Justice Honyenuga were baseless and reinstated him to proceed with the trial as a presiding judge.

Briefing the press after proceedings, Attorney General, Godfred Yeboah Dame, expressed joy that the verdict is in order, adding that the arguments of Dr. Stephen Opuni’s legal counsel were ill-conceived.

The latest decision of the Supreme Court implies that Justice Clemence Honyenuga returns as the trial judge to preside over the Opuni’s case.