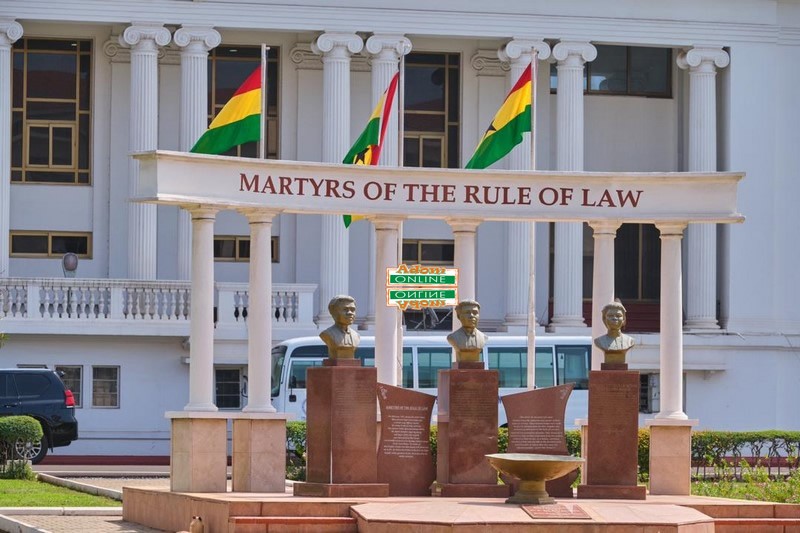 The case involving the Assin North Member of Parliament is titled “Michael Ankomah Nimfah versus James Gyakye Quayson, the Attorney General and the Electoral Commission.

The seven-member panel of Supreme Court justices after taking a 15– minute break to hold a conference on the position of the parties, resumed sitting and dismissed the objections raised by Tsatsu Tsikata.

A seven-member Supreme Court panel presided over by Justice Jones Victor Mawulorm Dotse, has ordered lawyers for the embattled Assin North MP, James Gyakye Quayson, to file their processes in relation to an application before the Supreme Court seeking to injunct the MP from holding himself as Member of Parliament for Assin North constituency.

Two lawyers, Tsatsu Tsikata and Justin Teriwajah, today 8 March 2022, announced themselves as representing Mr James Gyakye Quayson after several sittings of the Court took place previously without any representation for him due to the inability of bailiffs of the Supreme Court to serve him with Court processes.

The Supreme Court at its last hearing of the case on 22 February 2022, granted an application by the applicant (Michael Ankomah Nimfah), seeking permission to serve Quayson by substituted service.

The Supreme Court further emphasised that the service should be done through a publication in the Daily Graphic and that the said publication will become valid after seven days from the date of publication.

The applicant subsequently published the hearing notice in the 26 February 2022 edition of the Daily Graphic and the same case into effect on the 5 of March 2022.

He also said that only the notice of hearing was published and that the date for hearing in the first publication was wrongly dated Saturday 5 March 2022.

He also contended that the second publication had a hearing date of Tuesday 8 March 2022, and that amounted to gross confusion as far as the defence team is concerned.

After his submission, it emerged that one of the lawyers in Court for the MP, lawyer Justin Teriwajah, wrote to the registrar of the Supreme Court on 28 February 2022, after seeing the publication of 26 February 2022, entering appearance for the MP and asking for certified true copies of the various Court processes that the Supreme Court had directed that they should be served on the MP through substituted service.

Lawyer for the Applicant, Frank Davis and the Attorney General, Godfred Yeboah Dame (2nd Respondent) on their part, argued that the objection raised by lawyers for the 1st Respondent (James Gyakye Quayson) are unfounded because multiple means of substituted service were ordered by the Supreme Court and all of them have been complied with and that raising the issue with dates of publication are an attempt to waste the time of the Court.

The seven-member Supreme Court after taking a 15 minutes break to hold a conference on the position of the parties, resumed sitting and dismissed the objections raised by Tsatsu Tsikata.

The Court ruled that the records show that all the orders of the Court by way of substituted service, have been complied with.

Additionally, the Court noted that the fact that a lawyer has written to the registrar of the Supreme Court to enter appearances for the MP goes to confirm that the defence team is fully seized with the details of the case.

However, by a six to one (6:1) majority decision, (with Justice Yonny Kulendi dissenting), the Supreme Court ordered the lawyers of the MP to file their responses on or before 16 March 2022.

The Court also adjourned sitting to 16 March 2022 for the case to take its natural course.

The case in Court

The Case involving the Assin North lawmaker is entitled “Michael Ankomah Nimfah versus James Gyakye Quayson, the Attorney General and the Electoral Commission.

The applicant in the case Michael Ankomah Nimfah is seeking interpretation of Article 94 (2a) of the 1992 constitution and an injunction on James Gyakye Quayson to stop him from holding himself as Member of Parliament for the Assin North constituency.