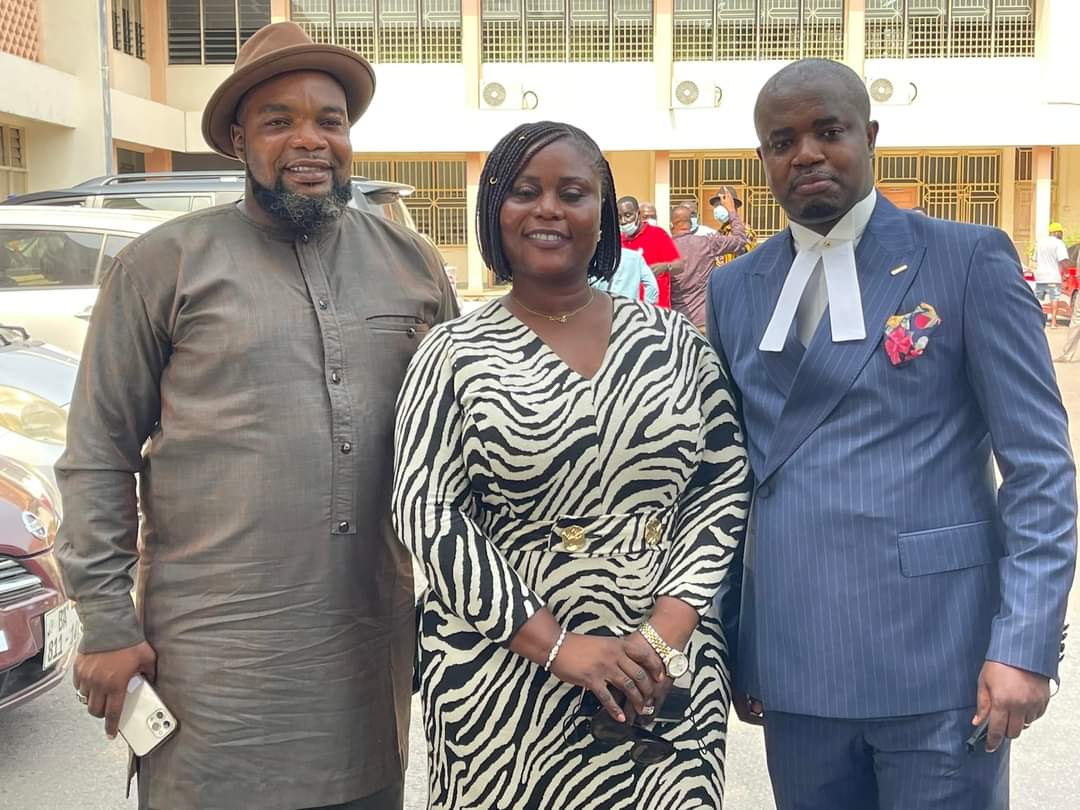 MP for Jomoro Hon. Dorcas Affo Toffey together with her lawyer Godwin Edudzi Kudzo Tameklo were in court as early as 8:30am.

However the proceedings started 10min after 9am. The lawyer for the 1st respondent applicant moved the motion for the court to grant the MP permission to amend the answers she had earlier filed.

The court presided by Justice Dr. Richmond Osei-Hwere after listening to arguments from both sides granted the application for our MP to amend her Answers to include the Ivorian law.