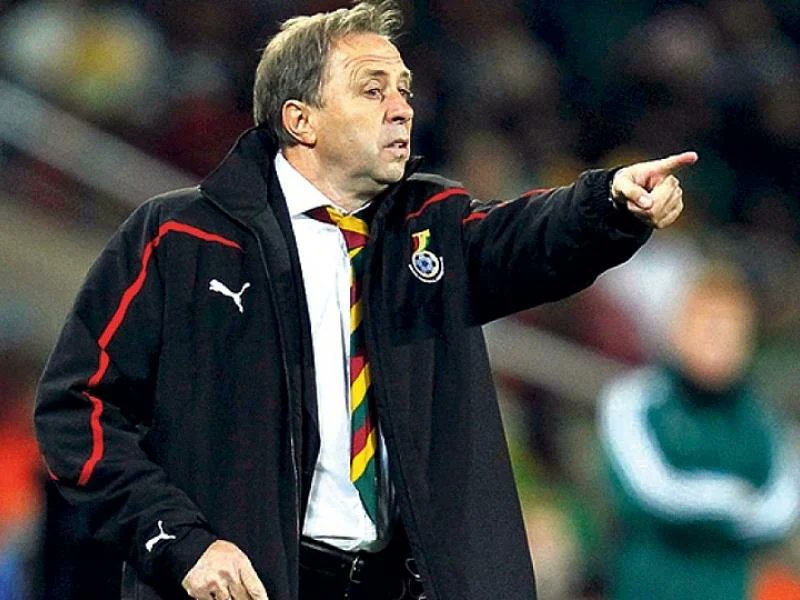 The Ghana Football Association(GFA) has appointed a Serbian tactician Milovan Rajavac as the new Black Stars coach on two years deal on Friday.

The Black Stars has been without a coach since CK Akonnor was sacked in September 2021 due to series of poor performances.

There have been series of rumors in the local media of Milovan been engaged as the Black Stars coach.

Finally, the 67years old has been unveiled at the GFA Secretariat on Friday as the new head coach of the Black Stars.

Milovan will take home $30,000 as monthly salary and other bonuses. His first tasks is to win next year’s African Cup Of Nations( AFCON) in Cameroon.

He will pocket $300,000 as bonus if he is able to lead the Black Stars to break the forty years AFCON drought.

Milovan was first appointed as the Black Stars coach in 2008 and guided the local Black Stars to the maiden tournament CHAN in Ivory Coast.

He resigned as the head coach of the Black stars after 2010 World Cup. Little has been heard from him after he left Ghana.

He first went to Saudi Arabian team Al-Ahli and resigned few days later.
He went to Qatar national team in 2011 February but was sacked in August same year.

In June 2016, the he was appointed as Algerian head coach but resigned after two matches. His last work was Thailand national team, where he was also sacked in 2019.

As the saying goes, “your pocket determines the kind of soup you will enjoy” clearly, Ghana’s budget is not as huge as other African countries, hence settling for the low-grade coach.

Milo’s first tasked will be the world cup qualifier against Zimbabwe in October 2021.