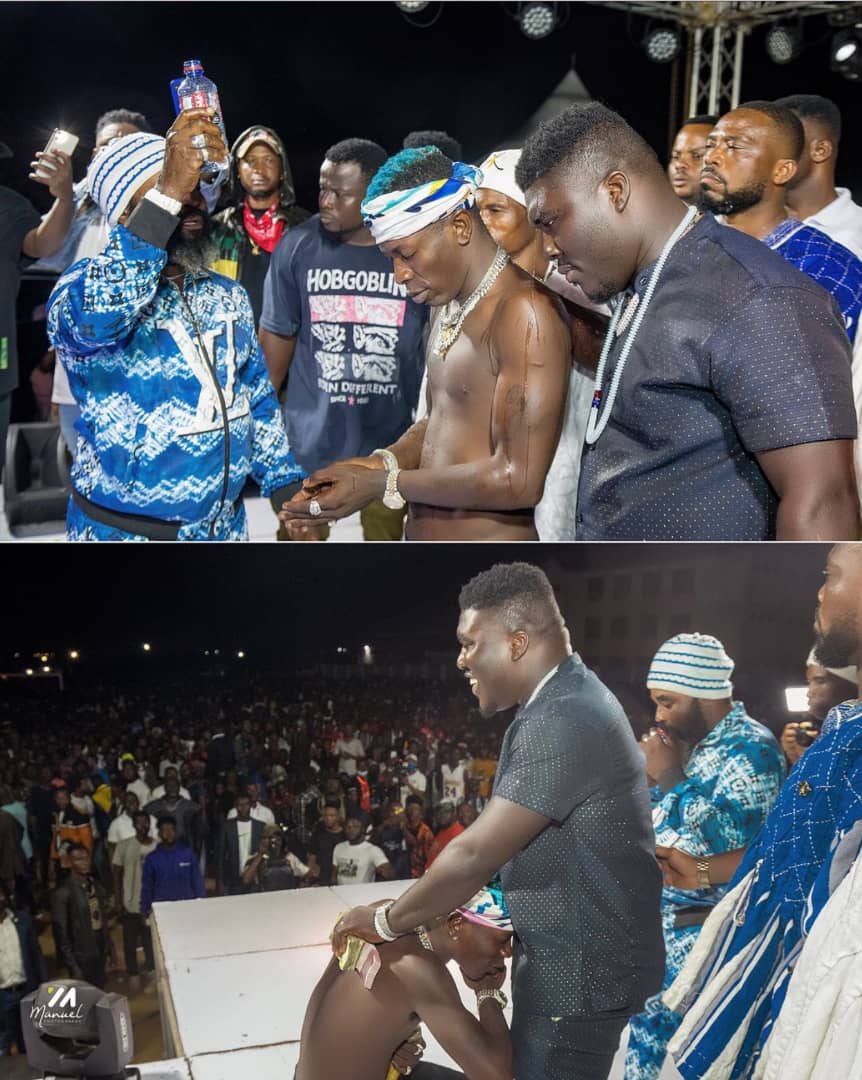 The African Dancehall King, Shatta Wale is known to be a great stage performer, and the story wasn’t any different last night at Teshie when he mounted a podium to perform to thousands of people gathered, and it was a mind blowing performance amidst spreading of money and shedding of tears.

A show which was put together by the people of Teshie to climax the celebration of the Homowo Festival, but didn’t get media promotion.

Flyers popped up on social media barely three days to the show, but it still lived up to the expectation. Of course, if Shatta Wale is billed to perform, even old ladies shows up to witness.

As he is noted for, he didn’t disappoint as he sumptuously kept the crowd jumping from the beginning till the end, with hit songs back to back.

While he was entertaining the crowd, he also made time to spread money on them while performing the “Mahama paper” track. This song made waves in Ghana between 2016 and 2020 and it’s still moves thousands of people whenever it’s been played.

Meanwhile, there were other artists like Shatta Wale’s God Father Tinny, and the likes of Eno Barony, Kelvin Boy, King Jerry and Kofi Mole who lighted up Teshies last night.

In this article:Shatta Wale turns Teshie,upside down with massive performance