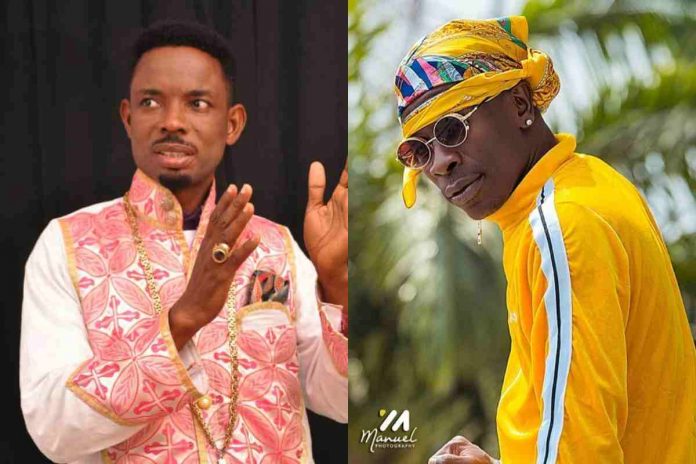 African Editors’ sources have confirmed that Founder and General Overseer of New Life Kingdom Chapel International, Stephen Akwasi, also called in private life as Jesus Ahuofe, has been rounded up by the police on Tuesday morning at the forecourt of Accra100.5FM in Accra, Labone, Kweku Baako Street.

The latest arrest of the preacher Jesus Ahuofe follows his prophesy on September 28, 2021, that Dancehall Artiste Shatta Wale will be shot on October 18, 2021.

Three men clad in mufti, with the driver in a police uniform, picked up the prophet while he was standing by at the Accra FM premises ahead of a show he was supposed to appear on for interview known as Ayekoo Show being hosted by Nana Romeo.

The prophet had before shown his arrangements to report himself to the police after the show.

He was taken to the police base camp.

The police, in a statement prior, said it can’t locate the whereabouts of Shatta Wale.

The police said news broke out that Shatta Wale has been shot prompting them to look for him.

On hearing the news, the police noted that investigations was launched to trace Shatta Wale’s wherebouts from his loved ones and closed associates.

In the mean time, Shatta Wale says his life is under threats forcing him to be on the run until the nation shows him that there are laws to deal with happenings in Ghana.

He said this in a Facebook post after bits of gossip became famous online that he had been fired with a gun by some obscure shooters on Monday, 18 October 2021.

Founder and General Overseer of New Life Kingdom Chapel International, Stephen Akwasi, also called in private life as Jesus Ahuofe is currently in the custody of the police pending investigations.