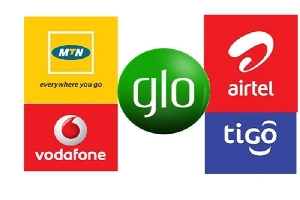 An economist Yaw Mordey has asked Akufo-Addo-Bawumia-led Administration to push the burden of payment of e-levy and taxes on other electronic transactions on the Telecommunication Companies (Telcos).

According to Yaw Mordey, the Telcos make many profits and should be made to cater for the burden of taxes on all electronic transactions.

He said the 25% tax paid by the Telcos on their operations in the country is minimal, thus, the reason they opted to absolve part of the 1.75 E-levy charges.

Mr. Mordey said this in an interview monitored by African Editors in Accra-Ghana on Friday, January 28, 2022, in reaction to claims by the Finance Minister, Ken Ofori-Attah that the economy will collapse if E-levy is not approved.

He added that the introduction of the Mobile Money Interoperability has migrated about GHS5 billion from the traditional banking sector to the electronic sector of the economy.

“I have always held the view that E-levy is good but the burden of the payment of taxes on transactions must be put on the Telcos,” he maintained.

“In economics, there is something called supernormal profits and since the introduction of the interoperability platform, the Telcos have had their profits jump in the past five years hence the need for the government to shift the burden on the Telcos,” he argued.

“E-levy is good but it must be applied to the Telcos not the ordinary Ghanaian because they are getting enough revenues from the economy and migrating it out of the country which is detrimental to the economy of Ghana,” he pointed out.

He argued further that in the normal banking sector there is what is called Multiple Credit Creation where one deposits an amount of GHS 10,000 into his or her account, the banks take an amount of GHS 100 and start distributing the remaining GHS 9,000 by way of credit at various interest rates.

In the same vein he said, “if I have GHS10,000 on my electronic cash account, the Telcos use it for their quick loan facilities and take interest on all these transactions without paying the appropriate tax on these transactions”.

“Initially, they were not giving out quick loans and now they are transferring cash across all networks and doubling the velocity of circulation than conventional banks in the country,” he added.

He reiterated that most of the Telcos particularly MTN have made supernormal profits in the past five years and must be made to bear the burden of the tax called E-levy.

He called on the government to increase the 1.75 per cent E-levy to 2 per cent for the Telcos because of the levels of profits they are making from the system.

Meanwhile, Parliament has adjourned sitting to Tuesday, during which the E-levy Bill will be tabled for debates in the floor. Majority Group in Parliament has complained about the absence of the Speaker of Parliament Alban Bagbin who traveled to Dubai for medical review and will return March 3, 2022.