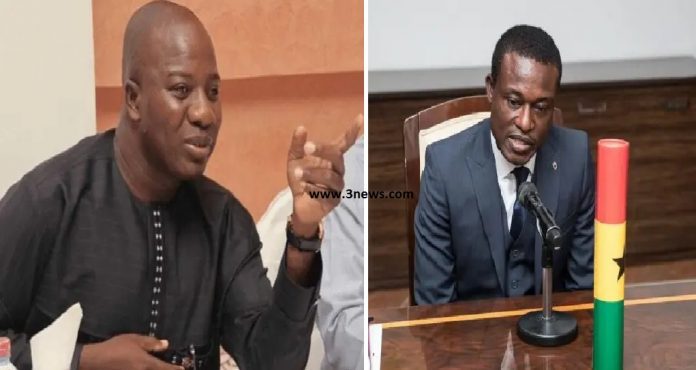 Troubles of the Bawku Central MP Mahama Ayariga are far from over as the Special Prosecute is set to resurrect a tax evasion case brought against him by his predecessor Martin Amidu during which he was set free.

Special Prosecutor Kissi Agyebeng will be in court on Monday, 11 October, 2021 in the full glare of the public hit the ground running since his appointment and subsequent commencement of his official duties on Monday, August 9 this year.

He will be at the Financial Court 2 to pursue the Bawku Central MP Mahama Ayariga over long existing tax evasion matter which saw the accused set-free.

The case was begun by previous Special Prosecutor Martin Alalmisi Burnes Kaiser Amidu, who resigned in 2020 over political interference by President Akufo-Addo after risk assessment of controversial Agyapa Deal.

Martin Amidu, Ghana’s first Special Prosecutor, had put the National Democratic Congress (NDC) Lawmaker to trial for more than two issues be including breaking some measures in the acquisition of certain ambulances for his supporters and tax evasion in the importation of a few “rich” vehicles.

Regardless of being investigated with six others on the previous, the previous Youth and Sports Minister was cleared and released on Friday, May 7.

An Accra High Court presided over by Justice Afia Serwaah Asare-Botwe cleared and released every one of the seven after the lawlord upheld sumbmision of no case put forward by the lawyers of Mahama Ayariga.

In any case, the last case is as yet forthcoming and preliminary resumes on Monday.

He is blamed for mishandling his office in the wake of clearing three Toyota V8 vehicles without settling charge.

He is likewise sued for illicit exchange of unfamiliar trade from Ghana to Dubai without having the necessary permit to embrace such exchange.

Linked to the suit is one Kendrick Marfo, a vehicle rental vendor, for buying the “deceitful” vehicles from Mr Ayariga. Mr Marfo, 50, is likewise blamed for purposely sidestepping charge in the acquisition of the vehicles from the administrator.