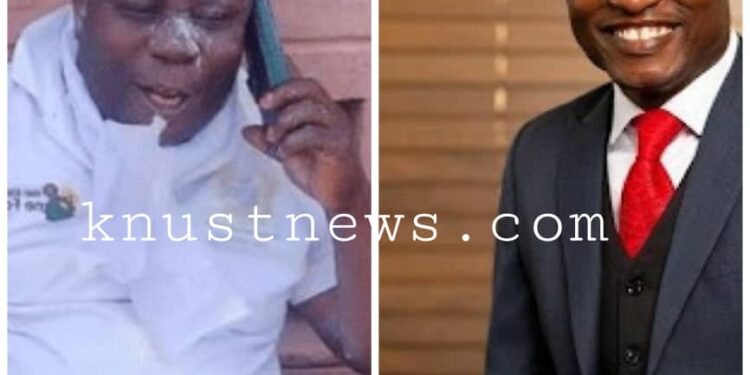 Office of the Special Prosecutor (OSP) has initiated investigations concerning claims of corruption and vote buying corresponding to the political decision to affirm the Municipal Chief Executive nominee of Juaben.

The Special Prosecutor has, hence, summoned the president’s nominee Alex K. Sarfo-Kantanka for questioning on 9 November 2021 at 2pm.
Below is the statement:

Sarfo-Kantanka was captured on Monday, 1 November 2021 for purportedly paying off assembly Members to affirm him as MCE for the Juaben.

The two-time rejected MCE nominee was heard in a sound requesting a refund from Assembly Members following monies he paid them to underwrite his confirmation.

Sarfo-Kantanka, known in private life as Aluta was heard saying: “Everybody ought to prepare to give me the refund so I can go. Dorothy, give me my cash. You should all give me a refund Yeboah, give me my cash.”

Sarfo-Kantanka, further proceeded with that: “You don’t know me right? You folks said I’m bad. You have taken my cash and you’re getting rowdy. I’ll take my cash.”

In the interim, a statement signed and issued by the Police by its Public Affairs Director, Alexander Kwaku Obeng on Tuesday, 2 November 2021 demonstrated that: “The capture was regarding a viral video of the candidate,” who was purportedly requesting a discount of the monies.

The statement further proceeded with that: “After the investigations, caution statement was taken,” and Mr Katanka was “without a doubt bail.”

The Police has since started investigations concerning the matter.

The nominee couldn’t get 66% greater part out of the votes cast to turn into the MCE.

Total votes garnered by him was 6 out of the 26 in the first round of casting a ballot.