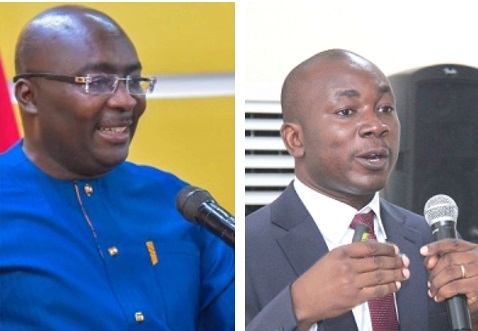 University of Ghana Business School (UGBS) Economist and Finance Professor Godfred Alufar Bokpin advised the government to be cautious in its efforts to raise revenue in order to save the economy.

He believes that ongoing discussions over the Electronic Transaction Levy and the country’s potential return to the International Monetary Fund (IMF) should be well-considered.

Prof. Godfred Bokpin, a vocal opponent of the E-levy, advocated for domestic remedies and urged for a national consultative discourse on whether Ghana should turn to the IMF in these critical times.

In an interview with an Accra-based Citi FM, the finance lecturer maintained his stance on the e-levy and called for a national dialogue on the current revenue challenges of the country.

“I don’t support E-levy because it is not the way to go. It’s regressive and even if it’s passed, it’s not Ghana’s solution. But for going back to IMF, let’s have a national conversation around it. Let’s have a home-grown way with clear benchmark indicators and requirements. That cannot support this large government and wasteful expenditures. This is the kind of home-grown solution we are talking about because we can’t largely leave out the inefficiencies and talk about E-levy as the only solution. No, we have to look at it holistically.”

“I think we should not even pit e-levy side by side IMF. I don’t think that is in our best interest”. The real problem according to him is that “We have accommodated and allowed too much wastefulness and leakages in our revenue envelop that choosing e-levy as the solution is much more a lazy approach”.

He added that “when wasteful is accommodated to the level that we have and the level of corruption and inefficiency, more money doesn’t solve your problem… a spoilt child needs discipline, you don’t give that person more money”.

Some have argued that the government opts for an IMF program rather than passing the tax policy in the aftermath of discussions on the E-levy to create domestic revenue.

Despite Ghana’s fiscal crisis, the New Patriotic Party (NPP) administration has stated that it will not seek financial assistance from the International Monetary Fund (IMF). However, Dr Mark Assibey Yeboah, a former New Patriotic Party Member of Parliament for New Juaben South and a former Chair of the Finance Committee of Parliament, believes that going to the IMF is the best option under the circumstances.

Prof. Godfred Bokpin further points out that both solutions on the table are retrogressive and have a long-term harmful impact on the vulnerable.

“I am also not against totally going back to the IMF, it’s probably the last resort. We all do acknowledge that we need revenue, but E-levy is a much more lazy approach and one that does not recognize the realities on the ground, and we want to use E-levy to further depress the poor. It’s unfortunate. Ghana has been to the IMF more than 15 times and If you mismanage your economy, and you go to the IMF, it comes at a price because the financial adjustments will also marginalize the poor,” he noted.

Meanwhile, government has organised two town-hall meeting on the e-levy ahead of debate in parliament.