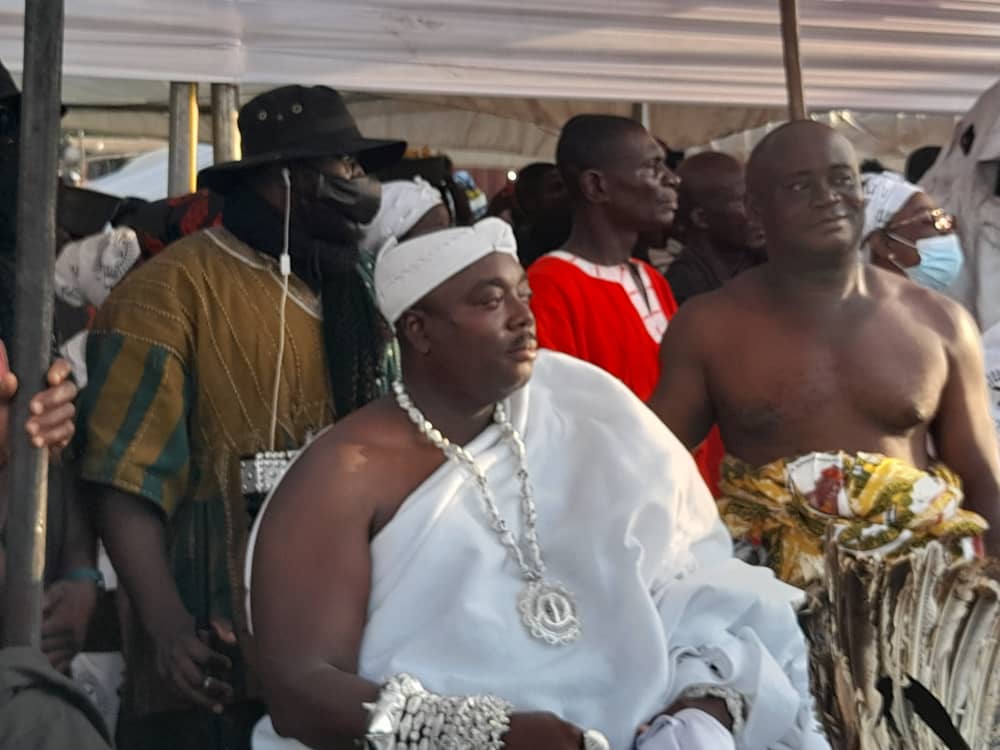 Six persons have sustained gunshot injuries after reckless gunshots at the enstoolment ceremony of a top national security capo as Akyempemhene of Suhum within the Eastern Region on Saturday, 6 November 2021.

The six victims including drummers, ushers and others during the traditional enstolment ceremony were hurriedly transported to Suhum Government Hospital in an ambulance.

The unfortunate shooting incident took place in the house of the newly enstooled chief Nana Amoako Darko after a firearm being carried by a police officer went off.

African Editors gathers that some of the victims were in critical condition and are battling for their lives.

The enstoolment of the top National Security capo at the Jubilee House, Nana Amoako Darko as Akyempemhene of Suhum brought a joint team of about 100 armed national security operatives, Military and Police who took over the streets of Suhum amidst indiscriminate firing of live bullets into the air.

This situation has created fear and alarm in the area.

The firing of guns became unbearable when the Nana Amoako Darko was being paraded in town to show him to the subjects.

In this article:6 injured upon sporadic gunshots,by National Security Operatives,Suhum: