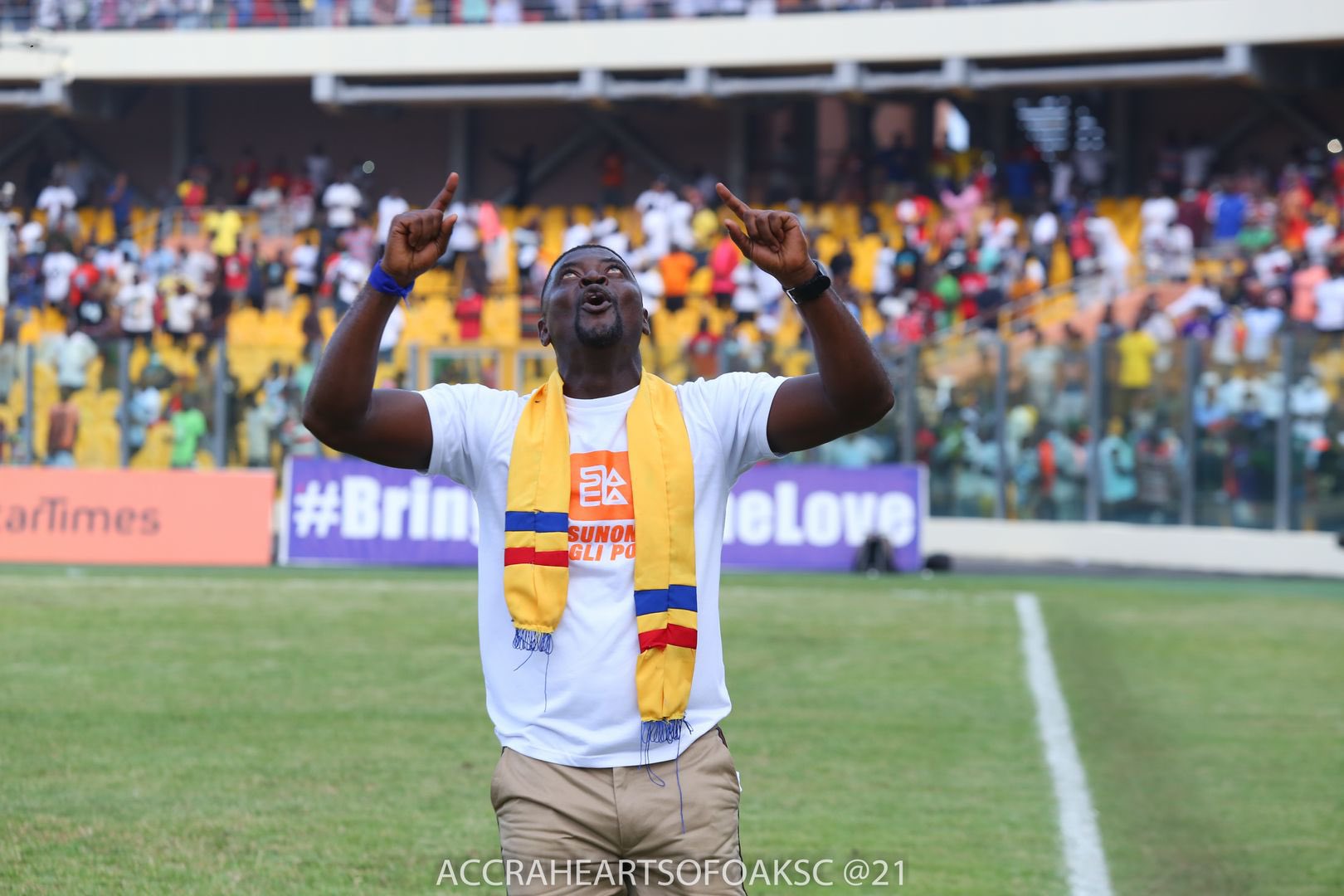 Hearts Head Coach, Samuel Boadu has taken a swipe at Kumasi Asante Kotoko by saying they still cannot win against him, if he had paraded the junior team of Hearts of Oak, Auroras in Sunday’s match.

Hearts and Kotoko played out an entertaining goalless drawn game at the Accra Stadium on Sunday.

Many people had tipped Kotoko to walk over Hearts because of their form going into the match.

Both teams created some decent chances in the game but failed to buried them.

Hearts had two glorious chances early in the first half, but the brilliance from Danlard and a goal post denied Hearts the lead.

Kotoko also had their fair share of the chances, but Black Star goalkeeper, Richard Atta was on top form dealing with the chances.

In a post-match interview Samuel Boadu in a response to whether this was best match this season took a dig at Kotoko by saying if he had used his junior team( Auroras) Kotoko still couldn’t have beaten him.

“This wasn’t one of our best game, our best game in the first round was against Legon Cities. if I am using our junior team against them, Kotoko cannot score me.” Samuel Boadu says.

Meanwhile, Kotoko ended the first round at the summit of the log, 12 points separating th from their arch-rivals Hearts of Oak who occupies the 7th position.